HomeCelebritiesIs This The REAL Reason Why Justin Bieber Got into a Fight? [VIDEO]

Want to piss off Justin Bieber? Ask Bieber for an autograph.

New photos and reports are being released by TMZ that show the whole story behind the Justin Bieber fight. According to reports, a Cleveland man, Lamont Richmond, asked Justin Bieber for an autograph moments before the singer attacked him. Richmond, who is 6'9, says the 5'9 pop star called him a mother****, when he asked for an autograph outside The Westin hotel in Cleveland. 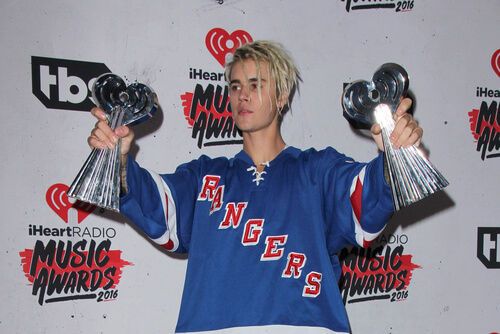 LOS ANGELES - APR 3: Justin Bieber at the iHeart Radio Music Awards 2016 Press Room at the The Forum on April 3, 2016 in Inglewood, CA (Helga Esteb / Shutterstock.com) LOS ANGELES, CA - AUGUST 30, 2015: Justin Bieber at the 2015 MTV Video Music Awards at the Microsoft Theatre LA Live. (Featureflash Photo Agency / Shutterstock.com) A fight ensued and Bieber threw several punches as the confrontation turned into a full out brawl. Richmond, who easily defeated the pop singer, says that he had left a bar with several friends when he saw Justin. "I was with the girls. We just asked the d***' for an autograph." According to Richmond, the group were having a friendly chat with the singer but the atmosphere changed when he asked the singer for a photo and an autograph. 'The fool ran up on me,' Lamont says in the video. Apparently, Richmond does not follow Justin Bieber on Instagram. Recently, Bieber said he will not take photos with fans anymore because he feels like a "zoo animal," which may have caused the pop singer to attack Richmond and say "No autographs tonight, motherf*****." LOS ANGELES, CA - MARCH 14, 2015: Singer Justin Bieber at the Comedy Central Roast of Justin Bieber at Sony Studios, Culver City. (Featureflash Photo Agency / Shutterstock.com)

Bieber took to Instagram about a month ago, writing: 'If you happen to see me out somewhere know that I'm not gonna take a picture I'm done taking pictures. It has gotten to the point that people won't even say hi to me or recognize me as a human, I feel like a zoo animal, and I wanna be able to keep my sanity. I realize people will be disappointed but I don't owe anybody a picture.'

He continued: 'And people who say "but I bought your album" know that you got my album and you got what you paid for AN ALBUM! It doesn't say in fine print whenever you see me you also get a photo.'