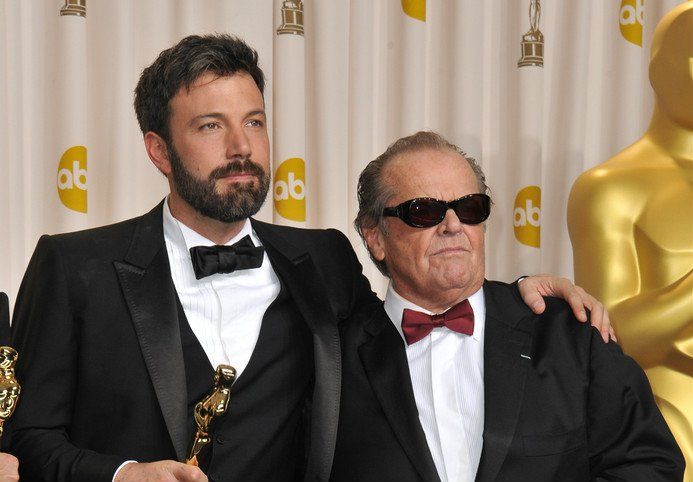 Warner Bros has picked up the assassin thriller, "The Accountant" and production is set to begin early December in Atlanta, Georgia.

According to reports, Warner Bros. 'The Accountant' is ramping up production in the peach state after the film was previously dropped by Sony Pictures.

George Clooney, Grant Heslov & Ben Affleck at the 85th Academy Awards at the Dolby Theatre, Los Angeles. February 24, 2013 Los Angeles, CA Picture: Paul Smith Variety reports that Batman will take a break from filming Batman v. Superman: Dawn of Justice, to film a new Warner Bros. Picture called "The Accountant". The Accountant centers around a mild-mannered accountant who also works as a lethal assassin. Matt Damon, Robin Williams, Ben Affleck with their Academy Awards for GOOD WILL HUNTING, 1998 (Photo Credit: Featureflash / Shutterstock.com) The movie was in pre-production for years with Will Smith attached to star in the production, but the movie was eventually sold to Warner Bros. after Sony was unable to find the right cast and crew for the movie. Warner Bros. planned to have Mel Gibson direct the production. But, sources reveal that Gavin O'Connor the director of 'Warrior' will direct the film. Earlier this month, Variety reported that Ben Affleck was in negotiations to star in the action thriller. Mark Williams and Lynette Howell are producing the film and Drew Crevelle and Jon Gonda will executive produce on behalf of Warner Bros. Ben Affleck at the Los Angeles premiere of his movie "Argo" at the Samuel Goldwyn Theatre, Beverly Hills. October 4, 2012 Beverly Hills, CA Picture: Paul Smith (FeatureFlash/Shutterstock) This will be Ben Affleck's next movie following Batman v. Superman: Dawn of Justice. His most recent feature film, Gone Girl, was a major hit in the box office making millions for several weeks. We will keep you updated on all acting and crew opportunities as soon as they become available. For the latest updates, sign up for our newsletter to get the information as soon as it is released. What do you think?Discuss this story with fellow Project Casting fans on Facebook. On Twitter, follow us at @projectcasting. [Image Credit: Featureflash / Shutterstock.com]
Previous articleLeft Behind: The Kids Movie is Now Filming in Savannah, Georgia
Next article'Star Wars' John Boyega Confronts Racist Comments: 'Get Used to It'