Sons of Anarchy actor who ate his ex-girlfriends' rabbit and sent photos of him eating her pet rabbit was charged.

Dimitri Diatchenko, who appeared on Sons of Anarchy, ate his ex-girlfriend's rabbit and sent photos of him eating her pet rabbit. Now he facing 60 days of community service.

A Sons of Anarchy actor has been sentenced to 60 days of community service for eating his ex-girlfriends pet rabbit. Dimitri Diatchenko, who also appeared Indiana Jones and How I Met Your Mother, skinned and cokoed the animal while his ex-girlfriend was out. 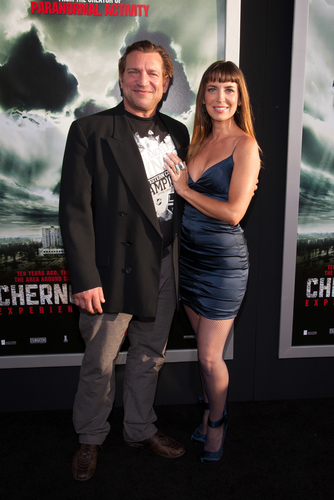 Photo Works / Shutterstock.com He also sent her graphic pictures of what he was doing, a California court discovered. According to reports, prosecutors said Diatchenko had been living with his ex-girflriend but after the loving relationship came to an end he killed her pet when she told him he had to move out. Diatchenko, who pleaded guilty to animal cruelty, was told he most also undergo 48 hours of animal cruelty counseling.

Previous articleRobin Williams' Daughter: "I live my sadness every day"
Next articleJohnny Depp: “I killed my dogs and ate them"