HomeEntertainment NewsSanaa Lathan on the Treatment of Black Actors: "Hollywood Has a Ways to Go"

Sanaa Lathan calls out Hollywood for their treatment of black actors.

Sanaa Lathan is getting ready to stun viewers next month in the upcoming romantic thriller The Perfect Guy, alongside Morris Chestnut and Michael Ealy. Sanaa Lathan is known for her roles in several feature films, mostly with African American casts, but while speaking to The Huffington Post recently, she gave her opinion about the way African American actors are perceived and treated in Hollywood. Sanaa Lathan noted that high box office sales demonstrates that audiences are interested in diversity, but the industry has not quite caught up with modern society. 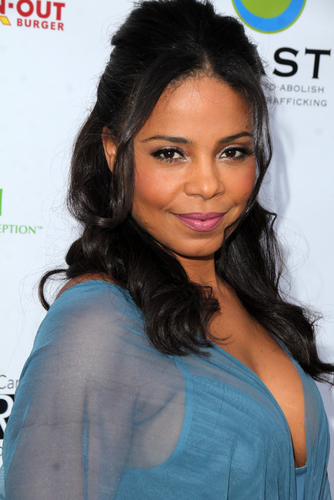 “I think Hollywood has a ways to go. Certainly in the last couple of years with ‘Think Like A Man’ and even recently with ‘Straight Outta Compton‘ doing well,” she said. “But I think the language needs to change, the language about ‘Oh, this is an Urban film or this is a niche film.’ No, these are Hollywood films. And it’s to marginalize us because it’s like some kind of a freak thing that we’ve made all this money off this movie. That’s a problem for me.”

What do you think?
Previous articleIdris Elba Responds to "Too Street" Comments and It's Amazing
Next articleREPORT: Undercover FBI Agents Spied on The Burning Man Festival