Hollywood is slowly changing. After studies showing that shows and movies with non-white performers do better than all white casts, Hollywood is changing their casting process. Despite, not nominating a single black person for the 2016 Academy Awards, some TV creators, casting directors and producers are changing the casting formula and one particular TV creator says the era for white actors is over. 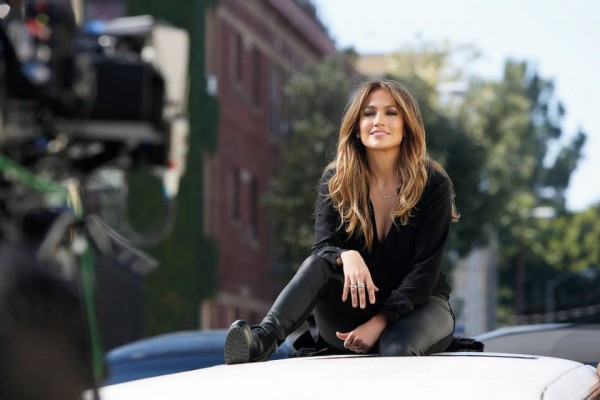 The creator of the new Jennifer Lopez drama, Shades of Blue, Adi Hasak, was interviewed by TheWrap to discuss diversity in Hollywood and he didn’t hold back. “I think in general, broadcasters are realizing that the white man’s 15 minutes are up,” Adi Hasak joked in an interview with TheWrap. “I think everyone’s woken up to a new reality.”

“I think in general, broadcasters are realizing that the white man’s 15 minutes are up.”

Hasak describes one production meeting for casting the new TV series, Shades of Blue and how diversity became a key topic of discussion.“We have a meeting and Elaine says, ‘You know who would be great for this? Jen.” And I’m like “Who’s Jen?” And she says, ‘Jennifer Lopez.’” Hasak told TheWrap. “I roll my eyes, because when guys like me make lists, they always begin with Jennifer Lopez, and if you’re lucky, you get to the bottom of the list.”

Fast forward several months later and Shades of Blue is a hit TV series on NBC. According to reports, Shades of Blue premiered to solid ratings and is raved by critics. New York Magazine calls the cast a perfect match, “The whole cast is pretty much perfect for the story Shades of Blue is trying to tell. Lopez makes a fine lead–she’s tough and unsentimental here, and even though they’ve made her look gorgeous, you don’t necessarily think of her as a glamorous character. But it’s Liotta’s show.”

What do you think of Adi Hasak’s comments? Share with us your thoughts in the comments below!