There is not enough star power in the world to save Angelina Jolie and Brad Pitt’s new movie By the Sea.

After several reviews bashing the romantic drama, By the Sea has flopped in the box office, sinking faster than a cement block in the Atlantic Ocean. According to TheWrap, By the Sea, made its limited debut in the box office this week and it’s a major disappointment for the Universal studios. In fact, By the Sea only brought in about $95,000 from 10 theaters for a mediocre $9,544 per-screen average, about half of what a distributor would like to see from a feature film.

Many critics bashed By the Sea. 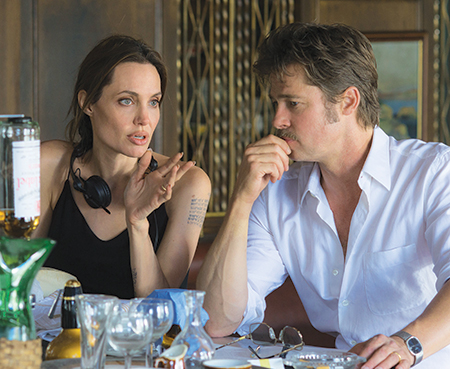 Todd McCarthy from THR said By the Sea was “This languid piece of would-be art cinema will prove once again that even the biggest names in the world won’t draw an audience to something that, in and of itself, has no reason for being.”

But, this box office disaster is somewhat surprising because of the two actor’s history of demanding huge box office performances.

For example, two years ago, Brad Pitt’s zombie thriller World War Z a debuted to $66 million and Jolie’s Maleficient had a $69 million debut.

By the Sea is Angelina Jolie’s third directing production. Her first movie, In the Land of Blood and Honey only made $303,000 in the box office but, Unbroken, debuted to $30 million and went on to make $160 million worldwide.

As The Wrap points out, the success of the movie was probably limited because of the type of movie. “The limited rollout for the film starring the two A-list stars — typical for art or specialty films which bank on word of mouth to build audiences — indicated the studio’s muted expectations for “By the Sea.”

What do you think of By the Sea? Do you plan on going to see it? Share with us your thoughts in the comments below!

Netflix's hit dating series 'Love is Blind' is now casting. If you're looking for a new way to meet someone this year, Netflix is here...

How to Get Cast in Kevin Smith’s ‘Clerks III’