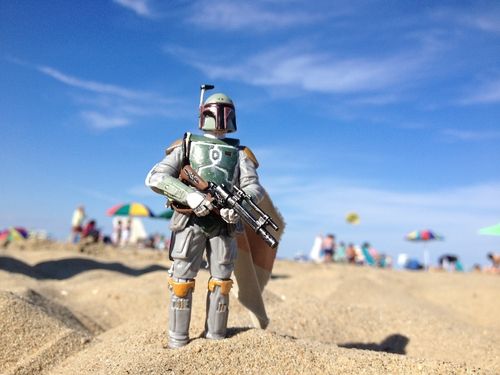 Here is when the Boba Fett movie is going to be released.

After millions of people saw Star Wars: The Force Awakens, fans are already excited to see the next movie in the billion dollar franchise. Most of you already know that Rogue One: A Star Wars Story, the first standalone movie directed Gareth Edwards, is coming in December 2016, and Star Wars: Episode VIII will follow, coming on May 2017. We also know that a prequel focused on Han Solo movie is in the works. It is pretty exciting to see that there will be a new Star Wars movie every year from now on. Now, Entertainment Weekly shared the schedule, with some surprising detail for the Star Wars movie that is set to release in 2020. It looks like everyone's favorite bounty hunter is getting their movie after all! Here's the schedule from EW: Rogue One: A Star Wars Story  Director: Gareth Edwards Written by: Gary Whitta and Chris Weitz Starring: Felicity Jones, Diego Luna, Riz Ahmed, Ben Mendelsohn, Donnie Yen, Jiang Wen, Forest Whitaker, Mads Mikkelsen, and Alan Tudyk Logline: Following the foundation of the Galactic Empire, a wayward band of Rebel fighters comes together to carry out a desperate mission: to steal the plans for the Death Star before it can be used to enforce the Emperor’s rule. Release: Dec. 16, 2016 Star Wars: Episode VIII Written and directed by Rian Johnson Starring: Mark Hamill, Daisy Ridley, Oscar Isaac (reportedly) Release: May 26, 2017 Logline: Unknown Star Wars Anthology: Han Solo (working title) Directors: Phil Lord and Christopher Miller Written by: Lawrence and Jon Kasdan Starring: Not yet announced Logline: How young Han Solo became the smuggler, thief, and scoundrel whom Luke Skywalker and Obi-Wan Kenobi first encountered in the cantina at Mos Eisley. Release: May 25th, 2018 Star Wars: Episode IX Director: Colin Trevorrow Writer: Rian Johnson Starring: Not yet announced Logline: Unknown Release: 2019 Star Wars Anthology: Boba Fett   Director: Not yet announced Writer: Not yet announced Starring: Not yet announced Logline: Unknown Release: 2020 (reportedly) Source: EW.com
Previous article'Chicago P.D', 'Law & Order: SVU' Crossover Episode Chicago Casting Call
Next articleMaking a Murderer - 10 Things You Did Not Know