Bryan Cranston may reappear in a episode of Better Call Saul, the Breaking Bad spin-off.

The Breaking Bad star in a recent interview on the Rich Eisen Show said if he were asked to appear in AMC's Better Call Saul, a prequel spinoff to Breaking Bad, he would do it. His decision is solely based on his life of both shows' creator Vince Gilligan, who saw him for more than his dad character in Malcolm in the Middle. “I owe Vince Gilligan so much. He was my champion to get this role," Cranston told Eisen. “If they (Gilligan and writer Peter Gould) were to call me and say, ‘We have this idea, we’d like … ,’ I would say, ‘Yes, you don’t have to finish the pitch. I’m there, what do you want me to do?'” 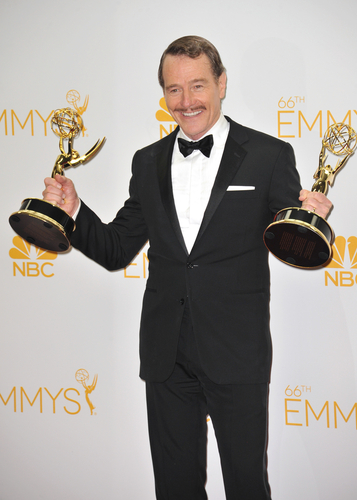 Jaguar PS / Shutterstock.com Cranston pointed out that if he did appear it would be "unique." "I know how careful they are and how proprietary they are with those characters," Cranston said. "It would be something obscure, unique and creative." Cranston added, "I'm debating whether I want to or not because I am a fan of the show," Cranston said. "In order to direct, I need to know what no fan knows … and there’s a part of me that says that would kind of kill it for me as a fan to peek behind the curtain, so I don’t know if I am or not.” Better Call Saul, starring Bob Odenkirk as James Morgan "Jimmy" McGill or Saul Goodman, premiered last year and was renewed for a third season a few months ago. Related: What do you think? Share with us your thoughts in the comments below.
Previous articleTheater Shows R-Rated 'Sausage Party' Trailer Before 'Finding Dory'
Next article'Law & Order' Director Gets Probation on Child Pornography Charges