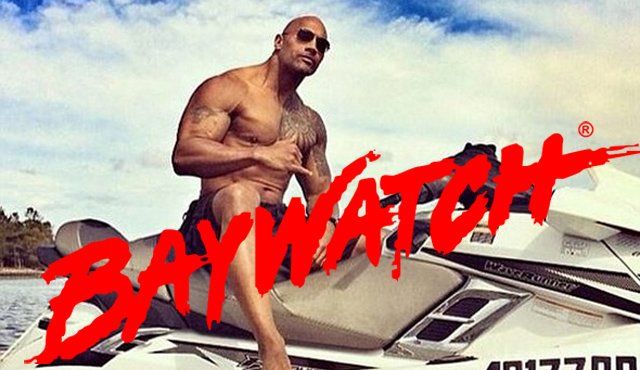 The Baywatch movie has found it's Pamela Anderson.

The Atlanta filmed Baywatch movie is ramping up production and casting lead roles for the new TV series. And castingd irectors have found their new Pamela Anderson. According to reports, model-actress Kelly Rohrbach has landed the leading role of C.J. Parker in Baywatch, Paramount's big-screen take on the 1990s television series about California lifeguards that star Dwayne Johnson and Zac Efron. The Rock is pretty serious about this new movie. Johnson is a serious plays-by-the-rules lifeguard who's forced to work with Zac Efron, a rebel without a cause lifeguard in order “to save their beach from environmental destruction at the hands of an oil tycoon.”

But, not everyone is happy about that. Pamela Anderson recently bashed the idea of a Baywatch movie. Last year, she said, “It was charming on television, and when you make a TV show [into> a movie, I think it loses some of its charm.” The Stripperella (can’t believe that was never turned into a film, not that Anderson would be interested) star also added that “no one” could play her character, C.J. Parker.

For our #BAYWATCH and the iconic role of "CJ Parker" I had to make sure @kellyrohrbach was... tough.

If you are interested in joining the cast of the upcoming Baywatch movie, check out the casting call breakdown here.

What do you think of the upcoming Baywatch movie? Share with us your thoughts in the comments below!