Theater owners and and studio executives saw the first trailer for Baywatch movie last week during CinemaCon and the movie is apparently going to get a “hard R rating.”

According to USAToday, executives saw the early footage of the new Baywatch movie featuring Dwayne “The Rock” Johnson during the Paramount Studios preview. “Our star dreams of grosses even bigger than his biceps,” said Rob Moore, vice chairman of Paramount Studios. “He has his entire cast in the gym to make sure this is the best-looking movie of 2017.”

Dwayne Johnson then introduced the rest of the cast including Zac Efron and Kelly Rohrbach. “I am here to tell you how big and how incredible and amazing Baywatch is going to be,” Johnson said. “We’re a family, we’re a team, we kick (butt) on the beach. This right here is global success for movie theaters around the world. That’s what it screams.”

Johnson then showed the first footage of the movie, featuring several NSFW moments, according to reports. Want to know why the movie is going to get an R-rating? Apparently for scenes like this: 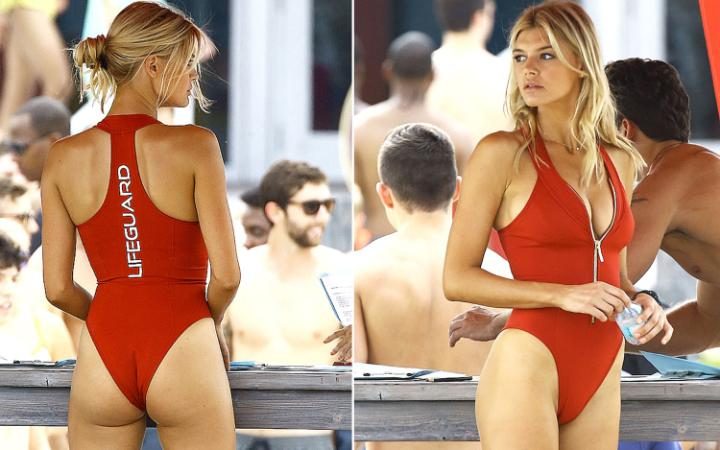 “Why does the suit ride up so high on our (rear ends)?” Quinn asks in the clip.

“I designed them this way, it makes us go faster in the water,” Parker replies.

Either way, Dwayne Johnson and the cast and crew of Baywatch look like they are having the time of their lives. If you want to work alongside ‘The Rock’ on the beaches of Savannah, Georgia, then check out the Baywatch casting calls here.

‘Bad Boys 4’ Movie is Now in Development and Coming Soon

UPDATE (January 22, 2020): The HBO Euphoria casting directors created an online form for acting auditions. If you are interested, you can fill out...

29 TV Shows and Movies Filming in Georgia in January

UPDATE (January 22, 2020): The HBO Euphoria casting directors created an online form for acting auditions. If you are interested, you can fill out...