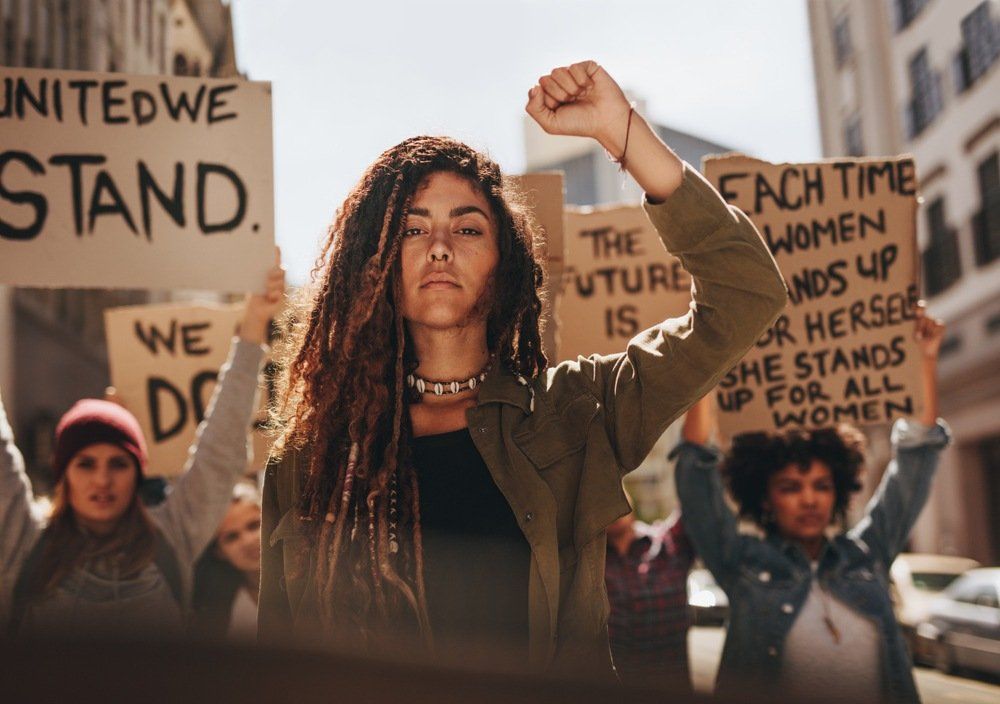 Woman leading a group of demonstrators on road. Group of female protesting for equality and women empowerment.

Following the death of George Floyd and protests across America, TV cops are donating to show their support for the Black Lives Matter movement.

TV actors who have played cops or detectives on shows are urging others to make donations of their residuals and salaries to the Emergency Response Fund. Such actors include “Brooklyn Nine-Nine” actress Stephanie Beatriz and “Blue Bloods” actor Griffin Newman.

“If you currently play a cop? If you make tens of hundreds of thousands of dollars a year in residuals from playing a cop?” Beatriz and Newman each donated over $10,000 to support various organizations.

This went viral and spread to other actors including “Law & Order: SVU” writer Celine Robinson gave $5,500. “Castle Rock” writer Lilay Byock and “Medical Police” creator Max Silvestri also donated, saying while they do not play cops on television, they have written shows associated with law enforcement.

In relevant news, actress Lea Michele is responding to the accusation she made a Black ‘Glee’ co-star, Samantha Ware, life a “living hell” in 2015.

On Wednesday morning, Michele shared a statement on Instagram responding to actress Samantha Ware’s claim. She did not respond to Ware directly, nor did she address the fact she lost her HelloFresh deal over Ware’s allegation.