HomeGeorgiaClint Eastwood’s 'The 15:17 to Paris' Atlanta Casting Call for a Neighborhood Scene 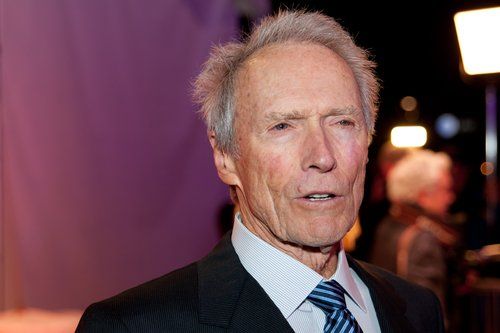 Clint Eastwood‘s new movie The 15:17 to Paris is now casting extras for a neighborhood scene in Atlanta, Georgia.

Casting directors are now casting men and women with cars from the years 1990 to 1999 to be the neighbors of the lead family set in 1999. Producers are looking for talents between the ages of 30 to 70 years old to work on the scene filming next Tuesday, July 11th. Talents must attend a fitting on July 6th.

Clint Eastwood and Warner Bros.’ new movie started production in Georgia this May. Based on the true story, “The 15:17 to Paris” tells the story of three American soldiers who stopped a terrorist plot on a train bound for Paris. The film is based on the book by Anthony Sadler, Alek Skarlatos, Spencer Stone and Jeffrey E. Stern. Dorothy Blyskal will write the script, according to Variety. To audition for a role in the new Clint Eastwood movie, check out the casting call breakdown below.

REVISED NEW post For “The 15:17 to Paris” . Working next TUES 7/11 Fitting tomorrow THURS 7/6 in the early morning preferably CASTING for MEN and WOMEN with CARS year 1990 to 1999 to be NEIGHBORS of our lead family in 1999 - Ages 30 to 70 - ALL ethnicities - ALL WITH CARS that are 1990 to 1999 . --IMPORTANT NOTES-- . Working next TUES 7/11 Fitting tomorrow Thurs 7/6 in the early morning preferably . Filming /Fitting in ATLANTA . Pay rate - $64 for 8 hrs with OT after that Car bump = $50 PLEASE SUBMIT TO: [email protected] and put "COOKIES" --- PLEASE INCLUDE THE FOLLOWING PHOTOS: CURRENT, CLEAR, PHOTOS !!! (one of from shoulders up and one from the knees up) --- Then please List the following: First and Last NAME PHONE NUMBER (s) CITY & STATE where you live (where you will be coming from!) Email address AGE Height Weight -AND- LIST CAR INFO!! as follows: COLOR, YEAR, MAKE and MODEL. If you attach a car photo, STILL LIST THE INFO in the body of the email! Car photos are deceiving with colors.) ----- You MUST be willing to work in the Atlanta area as a local hire! . SHARING THIS POST IS GREATLY APPRECIATED!! What do you think? Discuss this story with fellow Project Casting fans on Facebook. On Twitter, follow us at @projectcasting.