HomeHow-To Guides for ActorsTV Audition Tips: How to Get More Television Acting Jobs 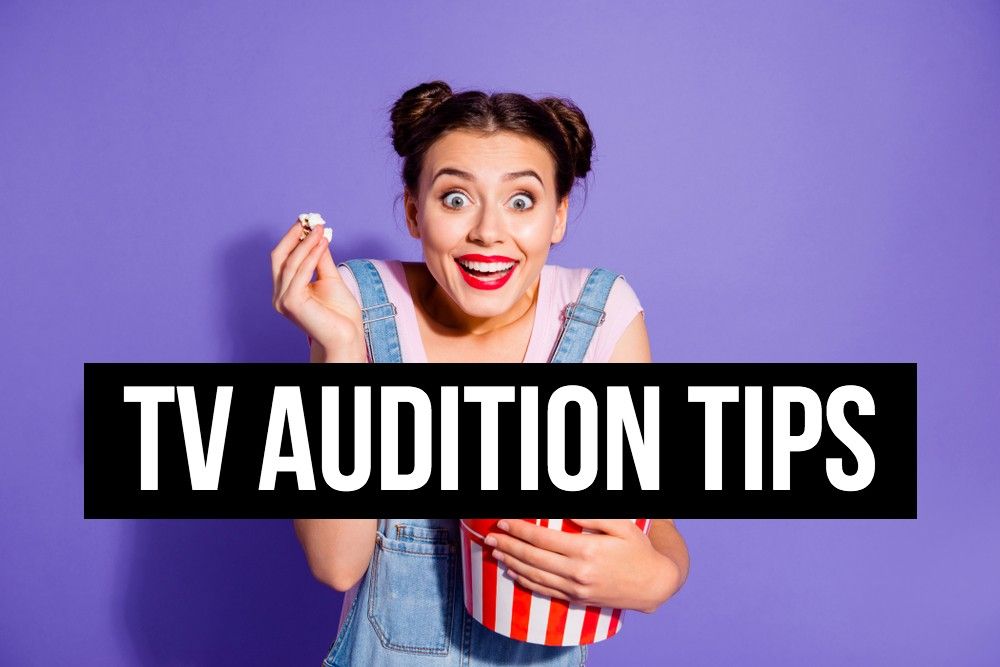 The differences between movie and TV productions are very different. In our previous guide, we discussed film auditions. We also discussed how the differences in a budget could have an impact on who is getting cast to work on the project, what casting directors are looking for, and how to improve your chances.  In this guide, we will breakdown the TV industry and what it means to audition for a TV show. The goal of this acting tutorial is to explain how producers look for actors to work on television shows In our previous guide, we discussed acting auditions for movies. We previously discussed how to find a talent agent, how to find a manager, where to find acting auditions, and how to start your acting career, in our previous guides. The acting audition and casting process for a TV show is similar to movies. However, the turnaround time for casting on a show is far quicker than a movie; While a feature film may cast fifty roles in one month. Casting directors on the television shows are tasked to cast well over 100 speaking roles at the same time. Most shows hire a dozen guest cast members for speaking roles per episode, but some significant productions will cast well over two dozen speaking parts for the same episode. Every TV show production has an allocated budget per episode. The budget goes towards the location, extras casting, and speaking role casting. Traditionally, a 30-minute TV show will film for approximately five business days. However, there are some production companies and studios, including Tyler Perry Studios, which is known for filming an entire TV show episode in 1 day. Meanwhile, a one-hour TV show will shoot for approximately 8 to 10 business days. A standard network TV contract will include twenty-four episodes. A usual cable TV season is thirteen. A standard streaming series is ten episodes. Since networks usually order TV shows in blocks, many TV shows shoot twelve events in approximately three months, take a 'hiatus', and then resume filming for another three months. The casting process receives scripts for each episode. On some shows, a table read will be done with the producers, cast, and directors, which gives the cast a chance to get a feel for the episode, scene, and script. However, this is not always the case, and many scenes are not rehearsed until minutes before shooting. The casting director will then create a list of guest roles required for the upcoming episode. The list will include co-stars, guest stars, and recurring characters. Based on the script, casting directors will list the roles and will request auditions for actors to audition on the project. Typically, after posting a single character, thousands of submissions will be submitted within a few hours. Most casting directors start selecting roles for shows within a few hours after posting the casting information. Decisions for each part need approval from a producer and network. So even if a casting director likes a particular actor for a role, they will still have to get approved by network executives. If an actor is lucky enough to get through the casting, audition, and network approval process, then they are optional wardrobe fittings, possible table reads, and other pre-shooting appointments.

What are the different types of TV shows?

One-Hour Drama Each kind of TV show has a different auditioning style and requirement. For example, one-hour dramas are similar to dramatic movies, but since it is for television have a faster pace and style. The actors are required to have the skill to perform in intense tense moments as they are pivotal to the show's storyline and arc. Dramedy Dramedy is comedic TV shows with a sense of drama. Casting directors are often looking for actors with comedic experience but also have the ability to make people feel connected to their character. Sitcoms Half-hour shows are traditionally sitcoms. Each episode is rehearsed, and each take is an entire scene. Usually, four-camera are used so several actors can be filmed during one scene without having to change angles for different types of shots. Sitcom acting is generally over the top, and casting directors tend to seek actors with theater experience and comedic timing for these types of shows. Soap Opera Shows that appear five-days a week a "soap opera". A soap audition is very similar to a drama audition but, actors must be able to memorize lines quickly as very few takes are done for each scene.

Film grant programs that every actor, screenwriter, director, and producer should apply for. Have you ever wanted to join the film industry but, you didn't have the connections, the money, or even know where to…