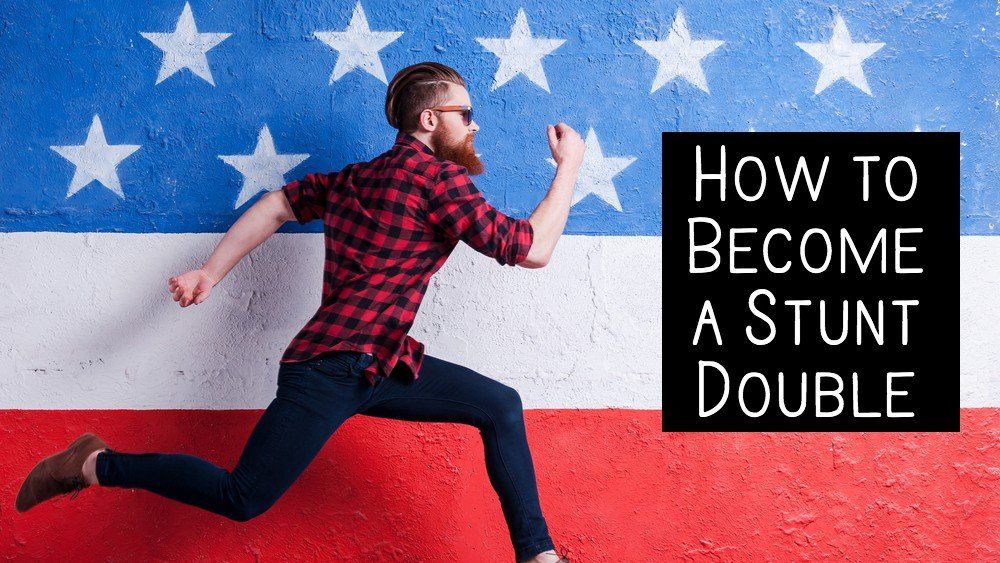 Stunt Double - learn everything you need to know about stunts in the TV and film industry.

Stunt Double - learn everything you need to know about stunts in the TV and film industry.

If you are looking for more information about getting started in the entertainment industry, check out our other guides here:

In our guide to joining the entertainment industry, we discussed how to find representation in the film industry. However, Unlike actors, stunt coordinators do not go through talent agencies to find stunt doubles for a TV show or movie. Most stunt coordinators hire people they know. The best way to get involved with other stuntpersons is by training them at gyms, stunt schools or networking with them on set.

Stunt doubles play an essential role in every set. The presence of actors and directors on a film set is undeniable, but many overlook the significance of stunt doubles. These specialists assist performers by performing high-risk actions during filming. Those interested in this line of work might find it challenging to become a stunt double without the proper guidance.

What is the definition of a stunt double?

A stunt double is an actor's assistant who performs high-risk activity sequences in films and television programs. Due to their specialized education, they may participate in movies and TV shows that include fistfights, automobile accidents, and high dives. A stunt double's face isn't shown during the shot to convince viewers that the actor is performing the stunt.

What is the role of a stunt double?

Stunt doubles can perform a variety of physical activities in different situations. They may punch during a fight, drive a vehicle, or fall on stairs. Stunt doubles are also capable of jumping over obstacles and hanging from buildings. Other tasks that these experts are responsible for include:

How to become a stunt double

Here's how to become a stunt double:

Stunt doubles can use a postsecondary education to their advantage. If you want to work in the entertainment business, consider getting an associate or bachelor's degree in a subject related to the industry. Some of the most popular majors are theatre arts, communication and rhetoric, and dance and film studies. An acting major may also help you learn the skills necessary to become a successful stunt double.

Stunt doubles may speak with one another in various ways, depending on the context and type of training session. You may come across industry lingo while completing training programs and working with other stunt doubles. Studying this jargon can boost professionalism and help you get familiar with various roles. The following keywords:

Stunt doubles have a demanding job that requires them to be in great form. Adhering to a healthy diet and strict exercise regimen can help you become fitter. Some stunt doubles train independently. Working with a nutritionist or fitness trainer might be beneficial. These experts can assist you in developing a physique that will allow you to perform your job better.

You may apply for more jobs by improving your abilities. For example, your excellent rock-climbing and swimming abilities might allow you to fill in for an actor in a wilderness film. To maintain realism in fight sequences, you could take lessons in boxing or martial arts. Many movie and TV characters engage in sports activities like horseback riding, skiing, and skateboarding. If you want to double for these roles, consider taking lessons in the desired action. You might also find work as a safety specialist onset if you have experience in first aid and CPR.

Obtaining a mentor might assist beginner stunt doubles in improving their abilities and finding jobs. Consider asking them for guidance if you meet an experienced stunt double at your training facility or gym. You may question them about their meal plan and exercise program, or you could inquire how they decided on their profession. When you develop connections with these professionals, they might be more likely to offer you roles in upcoming projects.

Stunt doubles start their careers working on low-budget movies and television shows. These roles will allow you to collaborate with experienced professionals and learn the ropes of the business. You must understand the many types of stunt doubles.

Stunt doubles are not only vital in the entertainment industry, but they can also help you build your resume. Looking for double stunt roles in the film business may be an excellent approach to use your connections and online job boards to discover. What might find stunt doubles at movie theaters and amusement parks that offer performance-based jobs?

If you've built up some experience, consider joining the Screen Actors Guild-American Federation of Television and Radio Artists. Union membership allows you to seek work with a union and receive higher pay for more well-known productions. Because the league has rigorous safety standards, members enjoy greater job security.

22 Side Gigs You Should Know To Make Extra Money

Do you need more cash? Do you have to stretch your funds to get the expenses paid continually? If you're not looking for a higher-paying full-time job or don't...

Learn How To Get On A Podcast

How to Get on a Podcast If you're a podcaster, there's a good chance you're always on the lookout for new content and guests. Maybe you've even thought about ha…

How to Create a Video Reel That Doesn't Suck

How to Make a Good Video Reel For actors, a showreel or demo reel is essential. Agents and casting agents will want to see your work on camera before signing yo...

The future of stunt doubles

Disney's involvement in the entertainment industry extends beyond creating movies and TV shows. The Walt Disney Imagineering Research & Development has invested in technology that can alter actors' facial expressions in post-production, and now Disney has created a flying robot stunt double.

A new report from TechCrunch reveals the company's advances in animatronics. These are future robots designed to entertain crowds at Disney theme parks and resorts. But, a new generation of animatronics is pushing the limits of engineering and could replace stunt doubles with robots. Following the company's Stickman project, Disney's engineer is now building humanoid robots designed to take part in aerial stunts. Advances in technology have allowed robots to adjust their positions in mid-air, nailing perfect superhero flight poses.