HomeTips and AdviceHow to Become a Film Hair Stylist 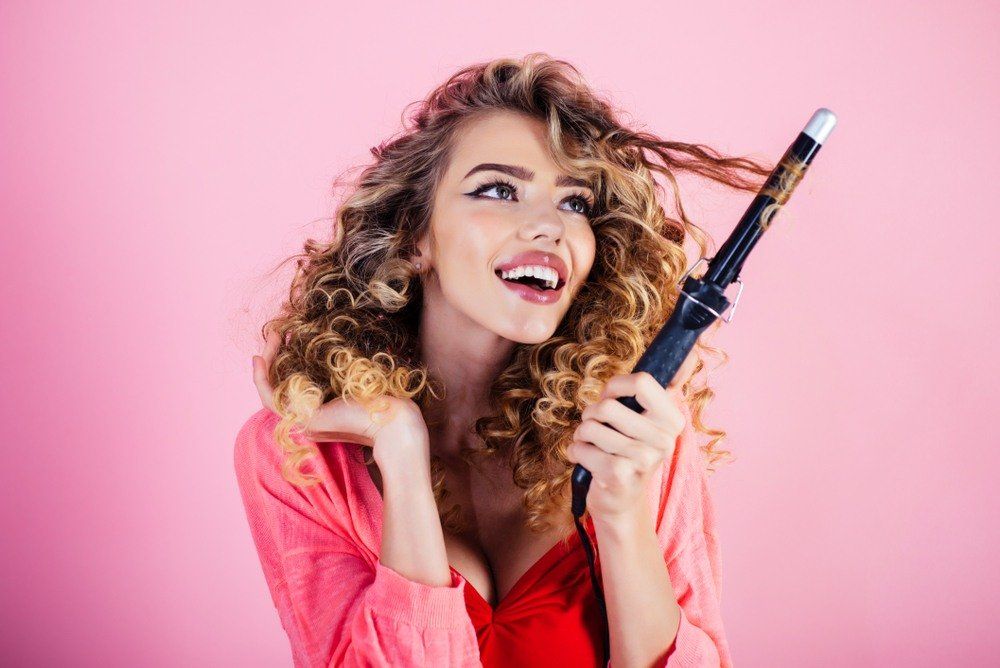 7 Steps How To Become a Film Hair Stylist

People working as film hairstylists are responsible for styling and taking care of actors' hair in the film industry. They often have to collaborate with other departments to ensure that the characters' looks go well together. If you want to become a film hairstylist, it can be helpful to learn more about what they do and how much they earn. In this article, we explain what a film hairstylist is, detail their responsibilities, describe the steps you need to follow to become one, list essential skills that are needed for this job, answer common questions about their work, and provide some valuable tips for people working in general in the film industry.

What is a film hairstylist?

A film hairstylist, also known as a make-up artist, is a cosmetology professional who works with directors to create and maintain the looks of films during production. They work alongside costume and make-up artists to develop character appearances that correctly represent the person and their actions, set the stage for events, and compliment dialogue and action. To keep consistent imagery throughout a movie, film hairstylists study hairstyle fashion from different eras and develop designs for fantasy and science fiction settings.

What does a film hairstylist do?

How to become a film hairstylist

1. Determine if it's the right career for you

The first step in deciding if becoming a film hairstylist is the ideal profession is to evaluate if it's suitable for you. Hairstyling in the film business allows you to try new designs and techniques, as well as allowing you to express your creativity. On the other hand, film hairstylists are frequently assigned to work in fast-paced environments where they use their problem-solving skills to solve hairstyle issues. Those who want more leisure and consistency at their job may consider alternative possibilities. This job may be perfect for you if you like being creative and using critical thinking.

On the other hand, a cosmetology education and license might not be necessary for film hairstylist jobs. Having these qualifications can help you compete with other professionals. Consider going to cosmetology school to enhance your hair styling talents and learn more about other areas of cosmetology, such as nail care and make-up application. Attending cosmetology school may also help you network with other students and meet hairstylists who could potentially work with you.

3. Gain experience as a stylist and hairdresser

Working on a film set may be difficult if you don't have any experience as a hairstylist. Entry-level positions at low-cost salons are an option, or you might rent your own chair at a salon. You can improve your client base and learn more about complicated haircuts by offering wedding and school dance services. Consider renting out space in your chair to help you gain even more expertise in creating elaborate hairdos.

4. Study film and how hair interacts with the story

Although your primary skill is styling hair, studying film and how hair worked within past stories can help you become a better hairstylist for future films. This could involve learning about hairstyles and types in distinct cultures or comprehending the symbolic meaning of different styles throughout history. By designing styles for movies with this knowledge, you would be able to create more historically accurate character designs that also support the plotline.

As your experience as a hairstylist grows, take pictures of your best styles to add to a portfolio. For example, if you want to focus on historical films, fill your portfolio with hair powder wig installation or era-specific styles. If science fiction or fantasy is more interesting, create ambitious profiles that display dystopian futures or magical characters.

You may apply for little film hairstyling jobs to get started. This might include assisting with a day of filming or creating hairdos for short films and music videos. You can demonstrate your skills and abilities by successfully completing tasks, obtaining testimonials, and building your portfolio.

Applying for a permanent hairstylist position? Use your portfolio as part of the application process. When submitting materials, think about which companies you’d most want to work with, and tailor your resume and cover letter to each role. Practicing ahead of time can help you be ready to answer common questions during interviews.

Some of the most essential talents for film hairstylists are:

Creativity is an essential talent for film hairstylists, who use it to invent distinctive and character-specific updos. A film hairstylist creates each aspect of how an actor's hair appears in a movie, from the form of a haircut to the color and details. Hairdressers with strong creative talents may also assist them to solve hair styling difficulties.

Because they are the first and last department actors visit on set each day, hairstylists must be excellent communicators. In addition to solving problems with actors, they also use active listening skills to understand what an actor may want for their hairstyle.

Film hairstylists work with hair, so having strong fine motor skills is essential. They braid, twist, and pin strands of hair to create a style using their hands, so it's critical that they can move the hair quickly. Hairstylists are frequently required to handle many instruments simultaneously while multitasking, so hand and arm strength are also crucial.

Brushes, combs, hairsprays, gels, finishing sprays, pins, clips, bands, curling irons (wands), wigs, wig glue (balayage), bald caps (hairpieces), straighteners, and blow dryers are just a few of the tools that hairstylists utilize. Depending on their haircuts, film hairstylists may also use specialized equipment or materials to produce styles that stay in place. Because they work with a variety of tools and materials every day as part of their job requirements, it's important for film hairstylists to have good organizational skills. Organizational skills can also assist them in managing their time efficiently.

A film hairstylist may develop new designs and work with various clients and actors, depending on their job responsibilities. As a result, the stylist must be self-assured in their skills and designs. Confidence might help actors to feel at ease while also enhancing performance. Confidence can make all the difference between getting a film hairstylist position and not.

What is the job like for a film hairstylist?

A film hairstylist generally gets up early in the morning to get ready for the day's job. They assist with organizing and planning all haircuts for each actor in the movie, which necessitates organization and planning. A film hairstylist may spend much of the day on their feet and must hurry to ensure everyone is ready to start filming. They also deal with hair and make-up emergencies so that each actor appears presentable.

How much can a film hairstylist earn?

The income of a film hairstylist is determined by their level of expertise, the films they work on, and their performance. Though the average salary for a hairstylist in the United States isn't published, it's likely to be around $50,975 per year.

Additionally, the national average salary for a member of a film crew is $23,888 per year

Do you need a formal education to become a film hairstylist?

Although a formal education may not be required to obtain employment as a film hairstylist, obtaining one might enhance your credentials and potentially improve your chances of getting hired. Learning more about the movie business or taking courses on the art of film may help you score better for certain roles. A person who creates hairstyles for historical films, for example, might want to acquire a degree in history or design.

How long does it take to become a film hairstylist?

The amount of time it will take somebody to become a film hairstylist depends on various factors such as the level of education and experience the stylist has, as well as which films they want to work. If shorter films or low-tier movies is what interests them, then usually it won't take too long to earn those jobs. However, if someone wants 4 years for example, that's generally how much time completing cosmetology school takes; and if they decide to pursue additional education after that point - obviously more time would be needed Then becoming a film hairstylist can anywhere from 3-6 years again depending on things mentioned before.

Tips for working as a film hairstylist

Here are some suggestions that may help you be successful as a film hairstylist:

Be organized: Because you'll have to work with a lot of different people and products, it's important to be organized. This will help you stay on top of your work and meet deadlines.

Be confident: When working with actors, it's essential to be confident in your abilities. This will help put them at ease and allow them to perform their best.

Stay current: Keep up with current trends by reading magazines and watching shows. This will give you inspiration for new designs.

Prepare for long hours: Film shoots can be long and tiring. Make sure you're prepared for the long days by getting enough rest and eating healthy.