How talent agencies scam aspiring actors and models out of money and destroy families.

Talent Agencies are known for helping actors, models, and talent reach their dreams. Without the help and guidance of a talent agent many actors would never be where they are now. But, at the same time, there are dozens if not hundreds of talent agencies taking advantage of aspiring actor by stealing money, charging up front fees, and even operating without a proper license. According to a new report by the Los Angeles Times called "Selling Stardom" highlights how actors, models, and talent are taken advantage. For example, one actor was filming on location in Prague when he learned that roughly $450,000 he was owed for his work on the TV series “Borgia” was missing.

What is Street Scouting?

“You can be scouted in a mall, in a restaurant, on the side of the street, literally. It's common — it's part of our job.”

Apparently, scam talent agencies search through rough neighborhoods by "Street Scouting". According to the Los Angeles Times, “This is something that we as agents do,” a Street Scouting talent agency said. “You can be scouted in a mall, in a restaurant, on the side of the street, literally. It's common — it's part of our job.” 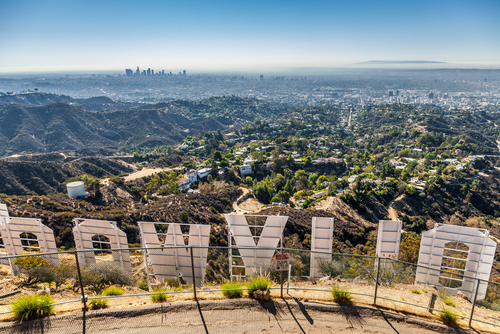 However, despite it being legal, it opens the door for actors to get scammed.

From the Los Angeles Times: "Street scouting is legal, but some performers say their agents have also pressured them into paying for photo shoots or acting lessons, which are sometimes offered by the agency itself or another company in which it has an economic interest — practices that could be prosecuted under the Krekorian Act."

So how do talent agencies get away with stealing money from actors?

Here's what the report had to say: Ultimately, Los Angeles has laws and regulations in place to protect aspiring actors. The Krekorian Talent Scam Prevention Act is a law that targets scam artists who mislead parents into thinking their children are being cast for a movie or TV show, then charge those parents tons of money for those services such as acting classes and head shots.

What is the The Krekorian Talent Scam Prevention Act?

The Krekorian Talent Scam Prevention Act was created by Paul Krekorian, assistant majority leader of the California State Assembly. The motivation behind the regulation was to help protect children from having their dreams crushed. "Everyone thinks that their child is beautiful," Krekorian said. "Once a child's dreams are taken advantage of by one of these wrongdoers, it's extremely difficult for a parent to try to resist the lure that if they just invest a little money in these services, their child will have their dreams fulfilled."

"Once a child's dreams are taken advantage of by one of these wrongdoers, it's extremely difficult for a parent to try to resist the lure that if they just invest a little money in these services, their child will have their dreams fulfilled."

Krekorian's bill found major support in the entertainment industry, with the Walt Disney Co., the Motion Picture Association of America, the American Federation of Television and Radio Artists, and other industry players lining up behind it. The Screen Actors Guild was among that group of influential co-sponsors of the bill. Ultimately, people are put into precarious situations by trusting their income, future and dreams to a single person or company. That's why it's important for every actor, model, and talent to do their research before signing on the dotted line.

“These scams just don't squelch dreams, they take thousands and thousands of dollars from people,”

“These scams just don't squelch dreams, they take thousands and thousands of dollars from people,” said Los Angeles City Atty. Mike Feuer. “If that were allowed to go on unabated, it sends a very bad message about Hollywood, which isn't true.”

What do you think? Have you ever been scammed by a talent agency? Share with us your thoughts in the comments below!