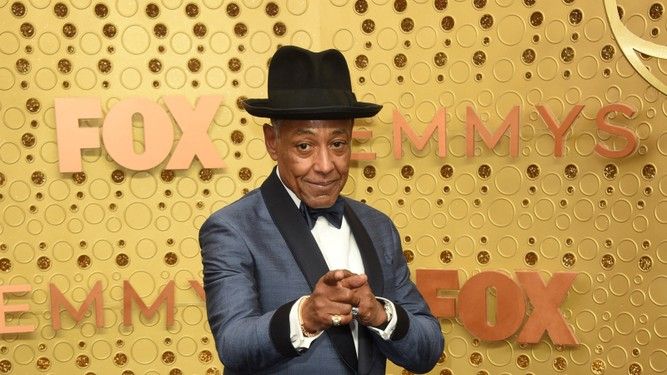 Giancarlo Esposito opens up about his acting career, how he approaches acting, and in the process shares advice for aspiring actors.

Breaking Bad, Do The Right Thing, and Better Call Saul star Giancarlo Esposito was nominated for two Emmy Awards this season. Speaking with The Hollywood Reporter about how his career has grown over the years, Esposito talked about how actors measure their worth as performers and spoke openly about his working relationship with Jonathan Banks.

When asked to comment on his acting career, which includes requesting for more episodes for his character in his first Breaking Bad season because he felt the character deserved a better storyline, Esposito reflects on his early acting career when he wasn’t well compensated for his acting. He explains:

“Well, it’s a difficult one for an actor who comes from the theater. Who virtually rode my three-speed Raleigh down to the Atlantic Theater Company every single day to go and do a play, avoiding the subway, eating rice and beans because I was macrobiotic at the time. I was wearing used clothing because I couldn’t afford to have a whole full new wardrobe. It taught me that the one important thing is the work I do, and that no price can be put on that. If it is as important to me to fulfill my obligation in preparing a character, then that is the creative work that I do, and it’s the gift that I’ve been given. So I look at it that way. So, is there any price that can be put on that? Is there any price that can be put on the moving feeling I have after doing a play and having someone come backstage and be in tears because they were so moved by my performance? There’s no price that can be put on that. However, I do understand the nature of suffering for my art, and I do understand how much actors embrace that. We have to suffer to be able to do what we love, but I’m in a position in my life now where I feel like the reward is that I can walk away if I don’t feel like the offer is commensurate with where I’m at right now in my life and career.”

Esposito also commented on his working relationship with his Breaking Bad co-star, Jonathan Banks. He considered the two of them come from very two different acting approaches.

“We never vow to come together or to be apart. We never make that decision. We get in the corner together when we have a lot of words to say, and we just do the words, so we can at least know where we’re going. But we don’t really have any clue of, emotionally, where we’ll be left at the end of the scene, which is always exciting to have that feeling with another actor. And I absolutely love it. And so, we’ve created a safe space for our communication on- and offscreen. And it’s good. It’s a really good place to be because we’re trying, more than anything, to listen. And when I listen to him, I hear Mike. As soon as he steps on set, I see Mike. I see this beaten-down guy who’s lost. “

In the end, he praises Banks for his working relationship. “I adore working with him and never know what to expect, but I am always attentive. And my intention is to go along for the ride, so we’ve had some incredible moments together.”