Emilia Clarke has impressed fans with her dedication towards the role of the Queen of Dragons for the past seven seasons in Game of Thrones.

But it doesn’t come without hard work, with the actress following a schedule to stay in shape and maintain her acting stamina during intense hours of filming.

So how can you get a body like Emilia Clarke?

In an interview with Whimn, James, who is the founder of Bodyism, said to “Ditch the diets.”

The only thing that works is a balance. The minute you begin to weigh your food, count your kilojoules or beat yourself up for going out for dinner, it's over,' James said.

'"What you resist, persists". So, rather than fighting against your cravings and making it a battle, simply let it go.' 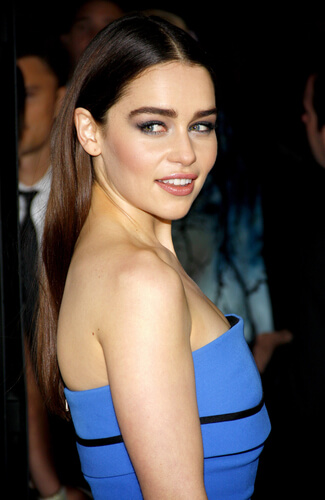 James suggested placing an emphasis on the cool down period of your work out and said that not cooling down is one of the “biggest mistakes you can make.”

James explains stretching a short cool down helps to “carry important nutrients and foxy get to your muscles and cells, which int turn assists in the growth and repair of muscles.”

The trainer also suggested doing interval training, using yoga and pilates to “build balance and strength” and of course, mixing in bodyweight with actual weights.

'Using resistance bands can help develop a beautiful, long, lean body, without placing your muscles under extreme pressure,' he added.

According to James, the best work out is four rounds of five exercises including squats, push ups, alternating reverse lunges, planking and skipping or jumping jacks. Each of these done for 40 seconds each and completed within 25 minutes.

When it comes to diets, James says to “question everything.”

“Question everything. Just because something says its gluten free doesn't mean it's good for you. It could be full of sugar, salt or chemicals or all three,' he said.

'You need to be very aware and careful of that. It’s the same with low fat products. People have cottoned on, but not everyone is questioning what is in it to make it edible – loads of sugar and chemicals!”

What do you think? Discuss this story with fellow Project Casting fans on Facebook. On Twitter, follow us at @projectcasting.
Previous articleModeling Job Casting Call for Chicago Models
Next articleMarvel Star Reveals How She Booked More Roles