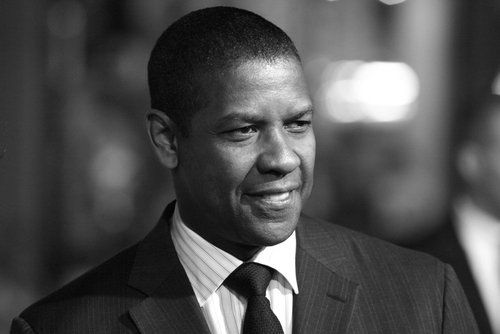 Denzel Washington reveals amazing acting advice to aspiring actors and how to survive in Hollywood.

In an amazing interview with Academy Award winning actor, Denzel Washington, Washington reveals his experiences in Hollywood, race in the movie industry, and provides some amazing acting tips for aspiring actors. Denzel Washington is one of America's leading men. He has received a ton of critical acclaim for his work since the 1990s, including his accurate portrayal of historic figures. His break out movie role occurred in the 1992 film Malcolm X, he then followed up with the critically acclaimed role of boxer Rubin "Hurricane" Carter in the 1999 film The Hurricane.  Since leaving his mark on Hollywood, Denzel Washington has received two Golden Globe awards, a Tony Award and two Academy Awards: Best Supporting Actor and Best Actor.

During the interview with The-Talks, he explained why Hollywood has selected him for certain roles and why he rarely plays in comedies:

Mr. Washington, do you enjoy playing the bad guy? As an actor in the theater you’re taught that you never play a bad guy. You have to love who you are. You can’t say, “Oh, I’m a bad guy.” How do you play that? Does it ever affect you personally when you explore a dark character? No, for me it’s still a testament, it’s still a spiritual journey. I believe in God. I don’t fear man, I fear God. Well, you certainly don’t do a lot of comedies. It’s just the nature of this business. First I was Biography Man. (Laughs) “Steve Biko? Get Biography Man! Malcolm X? Biography Man! Remember the Titans? Biography Man! Hurricane? Get Biography Man!” Then all of a sudden somebody slipped up and sent them Training Day. “Bad Guy Man! Get Bad Guy Man!” I think that’s just the nature of the business.

Denzel Washington even explains how and why Hollywood typecasts certain actors for certain roles.

Do you often have to turn down roles because they typecast you? Absolutely. My career is based on saying no. Sidney Poitier told me many, many years ago that the first four or five movies that you do will determine how you’re perceived in the business. So I was very blessed that the second movie I did was with Norman Jewison, the third movie I did was with Sidney Lumet, and the fourth movie I did was Cry Freedom with Richard Attenborough, for which I was nominated for the first time. I was off to the races. There were other movies that I could have done and I didn’t do. Like which ones? One of them I called “The Nigger They Couldn’t Kill.” It was terrible. They said, “It’s a comedy!” Yeah right. So I didn’t do that. They were going to pay me a lot of money and I really thought about it, but I didn’t do it. I waited and six months later I got Cry Freedom. That’s what I tell young actors. “You don’t have to compromise. Go do some theater and wait.”

But, it is interesting to see his perspective on race relations in Hollywood.

Someone asked me, “Oh, do you think it’s racism that you didn’t win the Oscar for Malcolm X?” I said, “Well, I voted for Al Pacino. He was nominated 8 times and hadn’t won. I was nominated 3 times and I had already won.” Do you think they’re prejudiced against Italian-Americans? For whatever reason he hadn’t won, but then he did. Are there prejudices? Yeah. On both sides; on all sides. That’s human nature. Is that the only reason? No, I don’t believe that. I’m living proof that it’s not true.

Start a YouTube Career: A Quick Guide to the Platform's Best Video Formats