HomeTips and AdviceFilm Crew Positions: Every Job on a TV and Movie Set 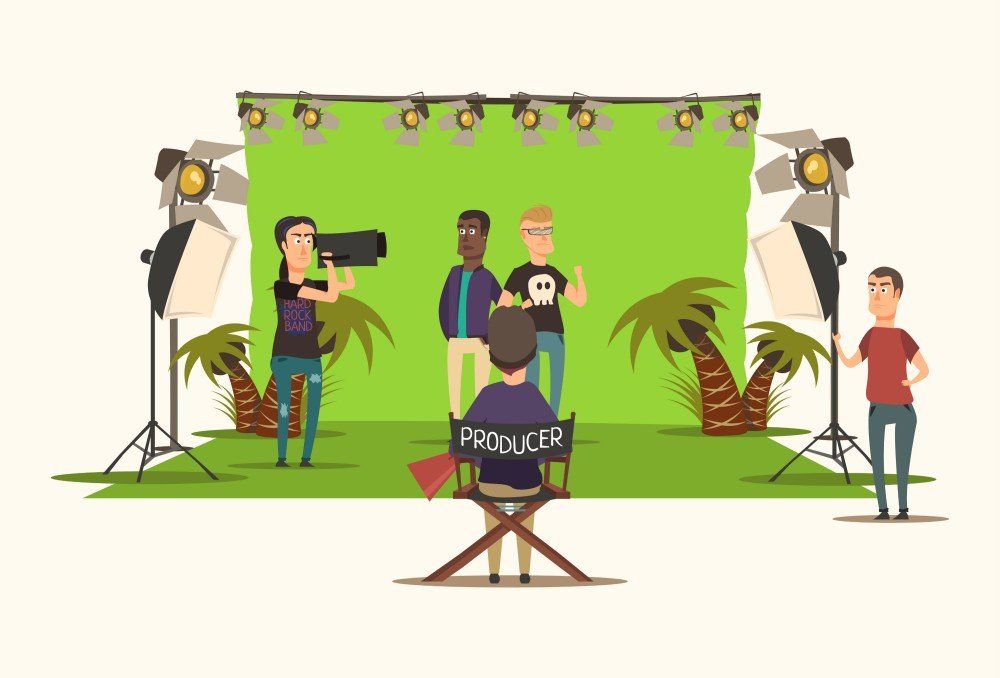 <p>The Producer runs the filmmaking business as they help&nbsp;the screenwriter write the script, casting directors to find the cast, hire the crew for the production, and find the money to make the movie happen.</p>

Have you ever wanted to know what all the crew jobs needed to make a movie, TV show, or commercial are?

It's not just actors and directors who make a film. There are many people behind the scenes who work hard to bring your favorite movies to life - and we're here to tell you about them! This blog is designed as an ultimate guide, so if you ever want to know more about any of these positions or even other aspects of filmmaking, this is where you should go first.

Actors are the stars of a film - but they're not alone. There is an entire team behind them, ensuring everything goes smoothly and giving direction to their performance. The director gets all this together so you can see your favorite actors on screen delivering lines ideally in sync with each other, pulling off significant stunts, or interacting seamlessly with computer-generated (CG) effects.

First up is the director, who you might know as the person responsible for hiring every position on set! They are in charge of what happens throughout filming, and anything that happens before is down to them. This includes casting actors and choosing a script - but they're also responsible for communicating with the crew, ensuring everything runs smoothly on set, and can even make creative decisions as an editor later on if necessary!

Next up is the director of photography (DP), who you might know their impact on cinema with films like The Revenant and Whiplash. It's their job to make sure the lighting on set is perfect, whether it's natural or artificial - and they're often in charge of any cinematography elements like camera angles and movements! The DP will work with a whole team of other people, including gaffers (electricians) and grips (camera assistants), while also liaising with the director and production designer.

A whole team of people works as a unit on set, often in charge of specific areas or rooms as part of the overall set. Chief Lighting Technicians (CLT) ensure there is enough light on the scene at all times for this to happen without any problems - whether it's natural lighting from the sun or artificial lighting. They are in charge of the gaffers and grips, ensuring everything is set up for them to do their jobs properly without any problems arising later on.

The production designer's job is one of the most important parts of filmmaking - they create a whole new world! Whether it's an alien planet like in Star Wars or a magical forest like in The Lord of the Rings, their job is to create this entirely from scratch. They'll work with different departments on set - including the art department, who help develop and construct things, while also liaising closely with the director or DP for any specific requirements they have.

A huge part of filmmaking that often goes unnoticed is sound. Sound recordists make sure everything sounds the way it's supposed to sound - whether that's dialogue, music, or FX-like car engines revving! They also work with boom operators (who hold the microphone out of shot), foley artists (who create added effects in post-production), and even ADR editors who edit dialogue recorded on set.

Another huge part of filmmaking is the camera - and it needs a lot of people to make sure everything runs smoothly. Camera assistants help set up equipment, focus, and even manage other cameras on set while keeping their ones in check. Meanwhile, grips are responsible for any other pieces of equipment that aren't related to lighting or sound! They'll help set up lighting, secure things on set, and even operate dollies (movable sets) or cranes.

Actors might be the stars of a film, but they wouldn't have anything to do if it weren't for their script! Script supervisors oversee all aspects of this - making sure everything is in order, and nothing needs changing, managing continuity (especially for wardrobe or hair), checking all the scripts are present and correct at each stage of filming, and ensuring everything shoots smoothly.

Filming might take days - even weeks! But editing is where it's transformed into something everyone will watch. Editors make sure this process goes as quickly as possible by sorting through hours of footage, cutting it down into a manageable size, and piecing everything together. They'll work with the director or producer on creating a first cut that will be sent to test audiences for feedback - so if it doesn't go well you might need to re-shoot!

If there is something wrong with any aspect of filming (if someone is late, the gaffer isn't working as quickly as it should be, or someone is sick), then an ADR editor might need to go back and re-record dialogue in post-production. They'll work with any audio that has been recorded on set (like if it's windy outside) - which could involve having actors record their dialogue again in a studio, or simply cutting out the problem area and splicing it together with another part of the dialogue.

Surely there's nothing more important to any film than its score? Composers create this original music which will be played during filming (and sometimes at preview screenings) - so they'll have already created every piece before shooting even begins! They'll work with the director to make sure it fits well together, and will also create music for trailers or promo videos.

Actors might be good at acting - but they need someone to direct them every step of the way. Directors are responsible for making sure everything goes smoothly on set by controlling how actors act out scenes (and even how they move), and what the final product will look like. They'll work with a DP to figure out how scenes should be shot, discuss this with producers for any changes that need making, and then give their team of actors direction on set before filming begins.

Actors might say all their lines - but it's still not time to watch it all back yet! The editor will then need to sit down and watch through everything that's been filmed, making sure it makes sense as a whole by finding any problems (like bad continuity), and creating the best final cut. They'll work closely with producers or directors who might have their own ideas on what should be left in or taken out - and will then deliver the final cut to test audiences!

If people don't enjoy it, or there's something that needs changing - a re-cut might be needed. The editor will again need to sit down and find what should be changed before going through everything from scratch. If changes are still necessary, they'll once again work with producers or directors to make sure everything is changed before the final cut!

The art department is responsible for the overall look of the film. In a notable movie, it can include hundreds of people. Generally, there are several sub-departments, including an art director and set designers; the set decoration; the props master; construction headed by the construction coordinator; scenic directed by the key scenic artist and special effects.