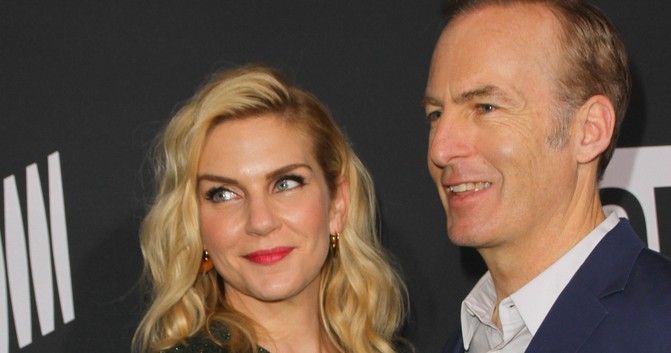 Actress Rhea Seehorn plays Kim Wexler in AMC's 'Better Call Saul' and gave an amazing interview with Rolling Stone about her acting career, and how she approaches acting on the 'Breaking Bad' spinoff.

Seehorn says acting classes at George Mason University got her interested in performing. She explains, “Thank god it wasn’t a feel-good, let’s just lie on the floor, feel how we feel about ourselves class. It was all craft. It was practical aesthetics, handbook for actors — here’s how you break down a script, this is what an objective is, this is an obstacle. I was in such heaven that I never looked back after that.” Seehorn sought to emerge herself in acting. She says,  “I volunteered to usher at Woolly Mammoth [Theatre Company> for a year. I volunteered for stage-running crew, box office, anything to make that bridge between academic and professional, so that I could learn professional things, be around professional people, show that I was willing to put in the hours. Also, when I got out for auditions, I’m not knocking on a door of someone who’s never seen me before. They’ve seen me making the disgusting fried eggs for a play that lasted all summer.” Seehorn says she did not get many roles in her career and struggled with acting. She says, “By then I was a 25-year-old blonde, so I would get sent in for the ingenue, but I would go at it as a character actor. I can’t just play the guy’s girlfriend. If the most interesting thing about me is my boyfriend, I’m not going to get the part, because I would add all this subtext of like, ‘No, no, no. There has to be something going on with her. Was she abused? Why is she just standing there?’ I didn’t get parts for a while because of that.” That led to Seehorn to get cast in roles that she was much more comfortable in, even if she became a type. She says, “I got typecast as something that I was very proud of, which was this very wry, sarcastic, knowing [woman].” Seehorn makes a habit of being on set when scenes with other characters that do not include her storyline directly to learn from other actors. "It’s a very specific tone of show. For me, it sits just outside of realism and naturalism. There’s something kind of poetic about the way people shift in their speech or the way events unfold. I like that music in my ear as much as possible between my work. It’s not about me staying in character and walking around making people call me Kim; but completely removing myself from set and then going right into a scene the next morning is not as easy for me as it is for some actors. So, it’s selfish. And then I’m also just getting a free acting lesson. Jonathan and Giancarlo, when I watch their scenes, they teach me how to use the camera in a way that I didn’t come into this series understanding as much as I’m aspiring to now. Sometimes, when Kim has intimate moments, I used to turn away from the camera, because I do treat the camera as another person that’s there, and the audience is often my confidant in the scenes, because Kim can be very silent and withholding. And I’ll watch Jonathan and ask him questions. Or I’ll ask Giancarlo, ‘How do you invite the camera into the most private of moments without looking showy or without looking deliberate?'" She has worked 20 years in the industry and she thinks she can still improve.  “When you’re 20-some years into your career, [it’s a lot] to have a role that is challenging and every season becomes more challenging. This season, I had scenes where I was like, ‘This might be the day when everybody finds out that I can’t act. The jig might be up today.'” More Project Casting Entertainment news:
Previous articleScarlett Johansson Shares Amazing Acting Advice for Aspiring Actors
Next articleCommercial Nationwide Casting Call for a TON of Roles Filming From Home