Ben Affleck reveals how he approaches acting and the film industry.

When it was announced that Ben Affleck was going to play Batman in Batman v. Superman: Dawn of Justice, fans of the caped crusader were pissed off. But after the movie hit theaters, many critics and fans have called the casting decision to cast Ben Affleck one of the highlights of the movie.

Yo @BenAffleck is my favorite Batman thus far! He was awesome in the movie! This dude was just slamming and throwing dudes!!! hahah

In an interview with the New York Times, Affleck speaks about why he took on the role and his feelings about the criticisms he faced throughout his acting career. Ben Affleck says that the movie roles that appeal to him now involve characters who have flaws but push themselves to be better people. He argues, “I think it’s interesting how we manage the best version of ourselves, despite our flaws and our weaknesses and our sometime tendencies to do the wrong thing.” 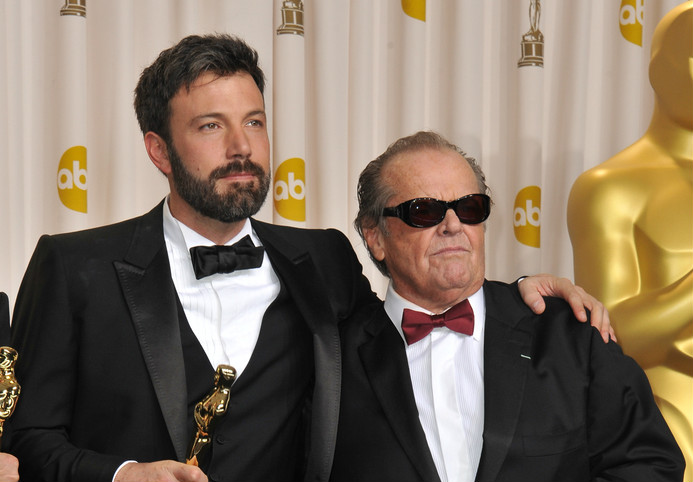 Featureflash / Shutterstock.com Affleck thinks it comes from the fact that he still feels like a kid who co-wrote the Good Will Hunting script despite being one of the most famous actors in the world. He says, , “That never goes away. All these habits that we develop, that help us at some point, they have flip sides. In this case, it’s hard to turn that feeling off. It’s O.K. to just chill for a second.” Ben Affleck also says the movie role also gave Ben Affleck a break from directing his own movies, which he enjoys but directing has a lot of pressure, “so much anxiety every day on the set.” “The urge of making it good and trying to make sure that it works, that you’ve done the most interesting version that you can — it’s like a neurosis that drives me to work every day.”

“The urge of making it good and trying to make sure that it works, that you’ve done the most interesting version that you can — it’s like a neurosis that drives me to work every day.”

In comparison, being an actor in Batman v. Superman is less pressure, and Affleck points out, “If there’s clearly some problem over there, I’m just so happy to leave those people to it and be able to go home when my scene’s finished.” s_bukley / Shutterstock.com Ben Affleck also admitted that he is frequently linked by the media and public to the traits of the characters he portrays. For example, many people felt his character in Gone Girl reflected his damaged relationship to actress Jennifer Garner. Affleck confessed that he doesn't think he has the "likable" qualities of most actors. He argues, “Denzel Washington can play almost anybody — mass murderers — and you go, ‘But he’s all right!’ There’s something so appealing about him, and I don’t think I have that. You have these qualities that you’re born with. Some of them are good, some of them people don’t like. And you just have to live with it.”

"Denzel Washington can play almost anybody — mass murderers — and you go, ‘But he’s all right!’"

Ultimately, Ben Affleck believes his career has come down to good roles and bad roles, and at some points the bad has outweighed the good. He argues, “The whole lesson of my career has been that what’s really important is the work you do. Even in the tough spots, if your movies are good, people will see them. And if you’re not good, you can’t get away with it. Eventually it catches up to you. Both ways, good and bad."

And if you’re not good, you can’t get away with it. Eventually it catches up to you.

What do you think of Ben Affleck's acting tips? Share with us your thoughts in the comments below!