HomeTips and Advice5 Things That Only an Actor Understands

Want to become an actor, then you must understand the business behind show business and that is how everyone uses and needs an actor.

It's not what you know but who you know. In the entertainment industry and especially in TV and Film, is extremely important. If you have ever wanted to know who makes the important decisions on TV shows and movies, then allow us to tell you who you need to know in the TV and film industry. 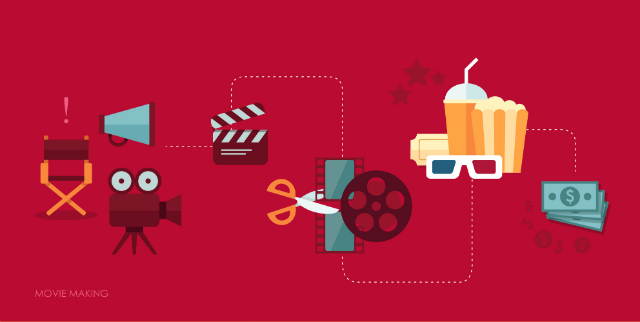 What does the Producer do?

The producer is probably the most important person on any TV or Film. The entertainment industry is full of great and promising ideas, but nothing happens until a producer decides to turn an idea into to a feature film or TV show. Producers are responsible for making sure a production goes from an idea to a script to a finished product. Producers spend the most time on a project and often risk a lot of money or even their reputation if the project never gets completed or does extremely bad in the box office. So the goal of the producer is to create a quality product that is profitable, inexpensive to make, and interesting. Here is a list of job responsibilities for producers: Producers have to deal with all of the problems that may occur between movie studios, directors, actors, and finances. Most importantly, producers have to step in when directors and actors cannot get along. Sometimes, a producer will have to find a replacement when actors or directors leave due to "creative differences". Until you are an A-List actor, you may work on a production without ever meeting the producer. However, once you are on set and you have a problem you would talk to the line producer or one of the producer's assistants. The line producer handles all of the day to day details that occur on set of any production. 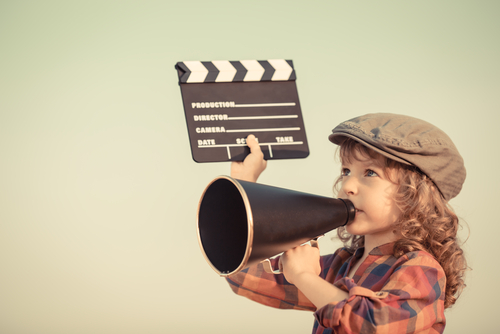 What does the director do?

Following the producer, the director is the most powerful and most important person working on the production. Directors have to help the casting director decide which actors are the right person to hire, control all of the creative aspects of the production including camera angles, lighting, and filming locations, and work with the actors to shoot various scenes. The director makes the final decision determining how the scene should look. After filming a movie or TV episode, the director remains in post-production to arrange scenes, sound and music. Remember as an actor there are a number of things that can go wrong. Make sure you are flexible, understanding, and cooperative. These little things will stick in the director's mind and will increase your chances of getting booked again on another production.

What do the writers do?

Without a script, all you have is a really bad reality show. That is why writers are so important. Writers take a bunch of ideas and turn them into a script that tells an interesting story with characters that people are interested in and willing to pay attention to. Many writers take an original story, an existing story, or an idea given to them by a director or producer. Or, writers will create the story themselves and turn those ideas into a compelling script. At the end of the day, the writer takes an idea and produces something that the director and producer can use to tell a story. Gerry Boughan / Shutterstock.com

What does the movie studio do?

The movie studio handles the business end of a production. Studios typically provide the financing to get a production completed, produce the sets and production facilities, and even handles the marketing, advertising and distribution for the production. If you are interested in working in the entertainment industry, one of the best ways of getting your foot in the door is by working as a security guard, janitor, or secretary. This allows you to connect with high ranking producers, and network executives which in turn allows you to showcase your acting or creative abilities. Every movie, TV show, commercial, or play requires money. Although a producer can raise money from various sources, many projects need money from the movie studios to make the production possible. When a producer tries to get a money from a studio to invest in a project, the producer is pitching the idea or script to the studio. Typically, pitching a project consists of convincing the studio to help get the production made and in return pointing out how much money the studio can possibly make if the movie or TV show is completed. When a movie studio or network approves financing for a production, the TV show or movie is then green-lighted. But, it is still possible for a movie studio to pull the plug on a feature film even when filming has already started. For example, Daredevil 2 was a planned sequel to the films Daredevil. But, the movie studio later pulled the plug on the production to reboot the series without Ben Affleck. Sometimes directors and movie stars will invest in the movie themselves in order to gain full creative control over a production. For instance, George Lucas invested his own money to make Star Wars.  Studios ensure that a movie is played in as many theaters as possible. Without the help of a major studio, a movie will only appear in a few cities. However, a studio can pull the plug on the marketing budget and release the movie without any commercials, branding, or trailers therefore affecting box office sales. The longer a movie is in theaters, the more "legs" the production has and the more the theater earns from ticket sales. If no one is going to the movies to watch that feature film, movie theaters will remove it and replace it for another production. 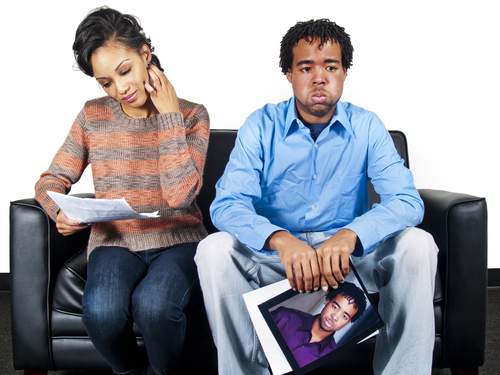 What does the casting director do?

Casting directors work either exclusively for a certain TV network, production company, or movie studio to cast actors for the production. However, their job consists of more than just making your dreams come true. Here are a list of a typical casting director's job responsibilities: Before posting a casting call on Project Casting or elsewhere on the Internet, casting directors may contact agents to interview actors who might be perfect for a certain role. The casting director will then set aside time to audition actors for different acting roles. Auditioning roles for a commercial will probably only take a single day. However, a movie or TV show may take several call backs and weeks of auditions. After seeing several actors for a particular role, the casting director will call back only a select few for a second audition. Casting directors have the ability to choose a few actors they want, but the producer and director have the power to pick a particular actor. The final actor that is chose is often based on the decision of multiple people. After an actor has been chosen for a leading role, the remaining roles are filled based around that lead character. For instance, casting directors want to find the right person that can play the leading actor's mother, father, significant other, friends or etc. The casting director community is relatively small. So it is quite possible that you will run into the same casting director over and over again. It is important to be nice to the casting director.

What does the talent agent do?

What does the talent manager do?

There are two types of managers an actor may come across a personal manager and a business manager. A personal manager would give an actor career advice and help pick the type of roles that will boost an actor's career. Business managers offer financial planning and handle the actor's money by investing into the actor's retirement and other ventures. Twenty to thirty years ago, managers were a necessity in Hollywood. But, with recent legislation and increase in manager fees (15 percent of an actor's income), management is becoming a thing of the past.

There are a lot of things that go on behind the scenes and every part of it has an impact on an actor. A poor producer can get inadequate funding, a bad director can ruin your lighting, a horrible writer can make you look like a bad actor, and a bad agent will make sure you never get an audition. Overall, acting is an art but it is is also a business. These things are something every actor should know and understand. Once you understand these things, you can learn how to become an actor.

5 Tips Actors Should be Using on their Business Cards

What do you think?Discuss this story with fellow Project Casting fans on Facebook. On Twitter, follow us at @projectcasting.
Previous articleMarvel Ant-Man Downtown Atlanta Casting Call
Next articlePhenom Movie Extras Casting Call in Atlanta