The X-Files returns to television on Sunday and prior to the series resurfaces once again, it is important to note that Gillian Anderson offered half of David Duchovny's salary in initial negotiations for the reboot. 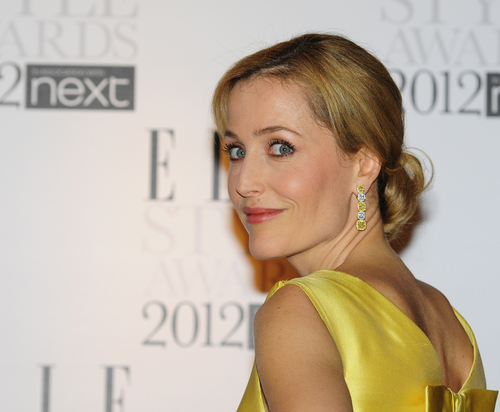 Featureflash / Shutterstock.com In an interview with The Daily Beast, Anderson said that this pay disparity was a huge problem in the past that she had with Fox executives, who took nearly seven years during the sci-fi show's first episode to pay her in a way that was comparable to her co-star Duchovny. They even required her to walk a few feet behind Duchovny to make it appear that they were not equals on screen.

“I can only imagine that at the beginning, they wanted me to be the sidekick,” Anderson says of Fox’s curious no-equal-footing rule. “Or that, somehow, maybe it was enough of a change just to see a woman having this kind of intellectual repartee with a man on camera, and surely the audience couldn’t deal with actually seeing them walk side by side!”

Anderson said she eventually received equal pay, but only after she refused to accepting anything less than being treated as an equal on the show.

“I have such a knee-jerk reaction to that stuff, a very short tolerance for that shit,” she says acidly. “I don’t know how long it lasted or if it changed because I eventually said, ‘Fuck no! No!’ I don’t remember somebody saying, ‘Okay, now you get to walk alongside him.’ But I imagine it had more to do with my intolerance and spunk than it being an allowance that was made.”

Twenty years later, when Fox executives tried to payer her less than her co-star, she was speechless.

“It was shocking to me, given all the work that I had done in the past to get us to be paid fairly. I worked really hard toward that and finally got somewhere with it,” she said. “Even in interviews in the last few years, people have said to me, ‘I can’t believe that happened, how did you feel about it, that is insane.’ And my response always was, ‘That was then, this is now.’ And then it happened again! I don’t even know what to say about it. It is… sad.”