Will Smith reveals how to survive in the film industry and what he does to make his career last.

Will Smith has been in the industry for well over 20 years. Starting out as a rapper and transitioning into the acting industry, Smith has developed a second sense about surviving in Hollywood. In a recent interview with Variety, the Fresh Prince revealed that he was going to disconnect himself from box office numbers surrounding his new feature film, Focus. Previously, Smith argued that he was heartbroken to learn that his movie, After Earth was a box office disaster failing miserably. Since then, he vows not to pay attention to how many people plan on seeing him on the big screen.

“I’m probably going to leave town for a week or so, so I don’t get sucked back into the machine,” Smith said before the premiere of the grifter pic this week. “I can’t allow the box office success, or the lack thereof, to determine my self-image.” 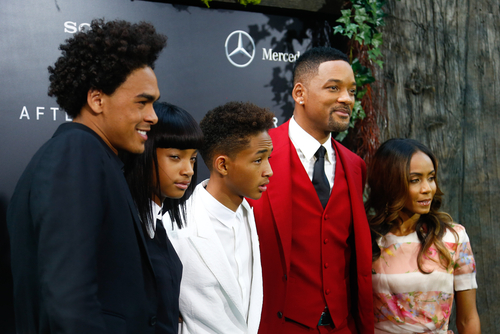 Debby Wong / Shutterstock.com The actor also pointed out some interesting film industry advice for aspiring and working actors. That surviving in an industry for a long time takes more than just good acting skills. It requires knowing your audience and choosing the right movies, if your audience begins to fade.

“I think there is a real question as to who his audience is,” one top studio executive said this week, declining to be identified for fear of alienating Smith. “At one time he had a younger audience. They either mature with you, or you have to put yourself in big movies with a younger demographic.”

Understanding your audience is a key factor in making movies successful and your most importantly your brand successful. And I believe Will Smith has figured that out. From bubblegum rap to con-artists thrillers, Will Smith has taken the world on a joy ride through music, movies and television. The movie Focus is already on track to be the number one movie in America and it will most likely translate into a box office hit overseas, where Will Smith has a large and loyal fan base. What do you think? Are you going to watch Will Smith in Focus? Discuss this story with fellow Project Casting fans on Facebook. On Twitter, follow us at @projectcasting. Image Credit: Andrey Bayda / Shutterstock.com
Previous article$350/Day Japanese Beverage Commercial Casting Call in Miami
Next articleWhat the Critics Are Saying: Will Smith's 'FOCUS'