HomeEntertainment NewsThe Mystery Behind Will Smith's Private School and Scientology

The mystery behind Will Smith's school and the Church of Scientology 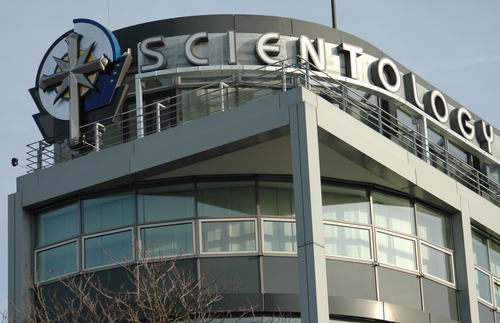 "Will Smith is supposedly dabbling in Scientology. Let Will Smith know that his shit was fucking recorded. And tell him to look them in the eye and see if he believes it when they deny it." Gawker

Debby Wong / Shutterstock.com Will Smith was born a Baptist but now he no longer considers himself a religious person.

"I've talked to Tom about it. [There's] lots of incredible, wonderful concepts [but my wife] Jada and I don't necessarily believe in organized religion. I was raised in a Baptist household, and my grandmother would get up out of her casket [if I became a Scientologist]," [ABC News]

Specifically, Scientologists use a process called "auditing" — which was created by Hubbard in his bestselling tome "Dianaetics" — to re-experience traumatic events from their past in order to lessen the burden caused by those memories. A trained auditor guides the patient through these memories, giving them orders that help them understand and overcome their emotional barriers in order to "clear" their mind. If that sounds familiar, it's because it does indeed appear to be what comprises the entire plot of "After Earth." Crash landing on Earth, soldier Cypher Raige (that's Will Smith, and that goofy name does appear to have been chosen symbolically) and his son Kitai (Smith's son Jaden Smith) find themselves on a hostile world. Their biggest enemies are creatures that can sense fear. So in order to overcome these literal demons, Kitai has to cleanse himself of fear. He does this with the help of Cypher, who appears only as a voice in his head (via intercom), providing guidance and helping the emotional Kitai work through the issues caused by a traumatic event he witnessed as a child. [Next Movie]

In 2008, Will Smith opened the New Village Leadership Academy (NLVA), aka New Village Academy and it was a private elementary school located in Calabasas, California. Together with his wife, Jada Pinkett-Smith, the celebrity couple selected the management for the school and a new educational method including Study Technology. Study Technology was argued as a repackaged version of Scientology and the school was being used to indoctrinate kids into the Church of Scientology religion.

Critics claim Study Technology is repackaged Scientology. One professor who has closely followed Scientology suggested the "three barriers" technique is used as a means of familiarizing children with some of the vocabulary often used in Scientology teachings, and several educators told ABCNews.com that the "three barriers" philosophy is a fundamentally flawed teaching tool. But proponents of the method like the Smiths and Applied Scholastics, the organization founded in 1972 to make Study Tech broadly available, say it's an effective, nonreligious teaching technique. "Study Technology is a secular methodology intended to help students better understand what is being studied and apply it to real life," Pinkett-Smith wrote in an e-mail to ABCNews.com forwarded through her publicist. "NVLA integrates this methodology as a tool in instructional design by providing teachers the framework to design lessons and curriculum."

Jada Pinkett-Smith had an interview with NPR and tried point out how the school is not a Scientology school.

What is Study Technology?

But, what is "study technology"? Study Technology was developed by the founder of the Church of Scientology, L. Ron Hubbard and it basically teaches students to "find your misunderstood."

Study Tech is founded on three principles: (1) use pictures and diagrams to illustrate the concepts being taught, (2) break down complex concepts so they can be mastered in a series of simple steps, and (3) always seek definitions for unfamiliar terms. These rules make sense and are harmless enough when phrased in plain English. But the Study Tech books present them in a different manner. The three principles are called "mass", "gradients", and "misunderstoods": special terms that are loaded with significance in the Scientology religion. And these concepts are presented in a doctrinaire manner that is also characteristic of Scientology religious instruction. Study Tech actually helps lay the groundwork for introducing Scientology into the schools. [Carnegie Mellon University]

Studies suggest that the 'Study Tech' not only did not work but also introduced children to the Scientology religion. In 2007 two professors from the University of Florida were asked to examine Study Tech. Both professors expressed concern about the practice being taught, with one calling the material "moronic", though they agreed the process is essentially harmless. In addition, schools that used 'Study Tech' had the lowest state test scores in the state. Helga Esteb / Shutterstock.com

Will Smith's School Forced to Close it's Doors

In 2009, many of the teachers quit the school for "undisclosed reasons" and after only a few years, Will Smith's New Village Leadership Academy was forced to close their doors on June 28, 2013. To this day Will Smith reports the school has no connections to the Church of Scientology and the school was not teaching Scientology to their students. What do you think? Discuss this story with fellow Project Casting fans on Facebook. On Twitter, follow us at @projectcasting.
Previous articleHBO TV Pilot Casting Call for Hipsters in NYC
Next article[WATCH] Every Kill from Season 5 of 'The Walking Dead'