HomeEntertainment NewsWhy a Pregnancy Can Ruin an Actor's Acting Career

Zoe Saldana says she was almost dropped from a movie because she was pregnant.

Zoe Saldana has quickly become a Hollywood A-Lister. With major roles in 'Star Trek', 'Guardians of the Galaxy 2' and 'Live By Night'. The actress says that while her career has been filled with acting opportunities, she was almost written off a film because she became pregnant with her twin boys. "Let me tell you something, it will never be the right time for anybody in your life that you get pregnant," Saldana tells USA Today. She revealed that last year "the productions I was slated to work on sort of had a panic." She adds, "I heard through the grapevine there was even a conversation of me being written off of one of the projects." 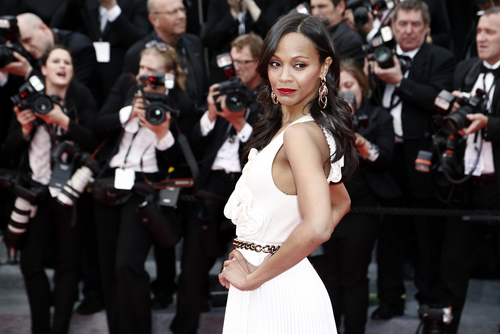 Andrea Raffin / Shutterstock.com "I was like, 'Oh, my God, are you kidding me? It's this bad?' " says Saldana. "Right when I just feel super-duper happy, is that inconvenient for you? That me, as a woman in my thirties, I finally am in love and I am finally starting my life? And it's (screwing) your schedule up? Really?" The actress didn't end up losing any film roles, but she did say she had a frustating time fighting to get child care covered by the studios. She says the studios "spend more money sometimes 'perking' up male superstars in a movie." Saldana claims studios pay for male actors to fly on private jets, provide them multiple assistants and bodyguards, and pay for the actors to live in "a really phat penthouse" or a yacht. "But then a woman comes in going, 'OK, I have a child. You're taking me away from my home. You're taking my children away from their home. And you're going to make me work a lot more hours than I usually would if I was home. Therefore, I would have to pay for this nanny for more hours — so I kind of need that,'" says Saladana. "And they go, 'Nope, we don't pay for nannies.' " Discuss this story with fellow Project Casting fans on Facebook. On Twitter, follow us at @projectcasting.
Previous articleComic-Con Bans Drones, Selfie Sticks and E-Cigs
Next articleRose McGowan Reveals Creepy Audition Notes from Adam Sandler's New Movie