HomeEntertainment NewsMichael Moore Reveals New Documentary: 'Where to Invade Next' 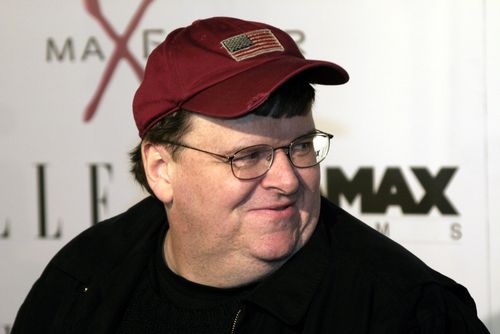 Michael Moore's next documentary will center around the United State's government state of "infinite war."

Michael Moore is one of the most controversial filmmakers in the world. He is the director and producer of 'Fahrenheit 9/11", which is a critical look at George W. Bush and his War on Terror, the highest grossing documentary of all time. But, before tackling terrorism, Moore's 2002 documentary 'Bowling for Columbine' centered around the causes of the Columbine High School massacre, he would win the Academy Award for Documentary Feature. Moore's last documentary was released in 2007, 'Sicko', centered around the health care system in the United States. Now, the documentary-filmmker is working in secret to produce his next documentary. From The Guardian:

Michael Moore’s new film, Where to Invade Next, explores how the US government maintains a state of “infinite war”, according to the Oscar-winning documentary film-maker. Moore revealed rough details of the project, which he has been making “in secret” since 2009, in his first Periscope broadcast. He answered questions from fans posted on Twitter and started by saying he’d like to “say ‘Hello!’ to my NSA friends that are watching right now”. He’s been a vocal critic of the agency’s mass surveillance practices – revealed by the Guardian in 2013 – and called whistleblower Edward Snowden “the hero of the year”.

The new documentary will premiere at the Toronto film festival in September and will cover some of the same issues highlighted in 'Fahrenheit 9/11'. 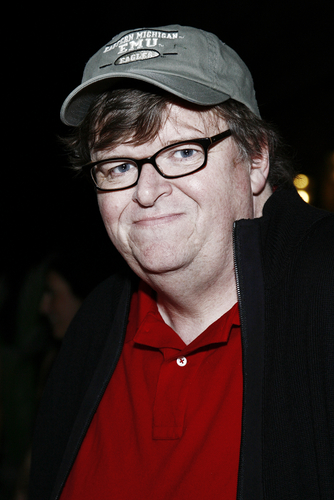 Andrea Raffin / Shutterstock.com “The issue of the United States at infinite war is something that has concerned me for quite some time, and provides the necessary satire for this film,” said Moore in the Periscope broadcast.
Previous article'Married with Children' Spinoff Coming Soon
Next articleAll-Guys 'Ghostbusters' Spinoff is Now Casting Lead Roles