HomeTV[WATCH] The #OscarsSoWhite Jimmy Kimmel Sketch Everyone is Calling "Racist" 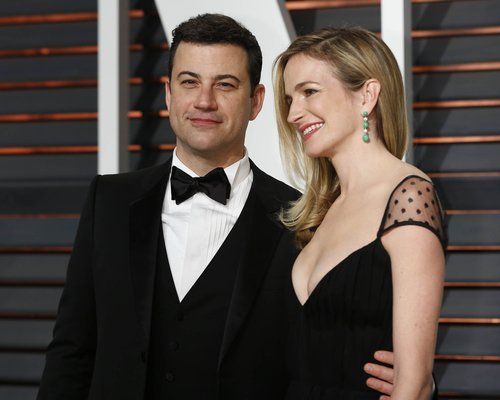 Jimmy Kimmel is being labeled as a racist after airing this #OscarsSoWhite sketch.

With the controversy surrounding the Academy Awards' lack of diversity, Jimmy Kimmel decided it would be a good idea to address the issue on his show. To do so, he brought out the "Academy's PR person," aka actor Tom Virtue, aka the dad from "Even Stevens." What followed was a few minutes of offensive photoshopping to put black people in "Oscar nominated movies." We don't know if this was a misguided attempt to parody the Academy's failure to address the controversy, but the sketch turned "The Big Short" into "The Big Shawty" the film "Room" into "Crib" and easily takes home the award for most cringeworthy segment of the year. People on Twitter quickly took offense to the skit and said the following:

I always knew Jimmy Kimmel wasn't funny, but now I know he's an idiot as well for thinking that black oscars comedy sketch was appropriate

This was so not funny on many levels! #EPICFail https://t.co/Skw6msYvfo — Jackie McIntyre (@jlmacrn) January 22, 2016

I'm disgusted with @jimmykimmel @JimmyKimmelLive for that mockery of a skit surrounding the Oscars. That's the problem with this country...

You can watch the sketch above and decide for yourself. "Jimmy Kimmel Live" airs weeknights at 11:35 p.m. ET on ABC.