As a child actress, playing the role of Kelly Bundy on the Fox sitcom 'Married with Children' she became a household name. As she got holder she would later win an Emmy and earning a Tony and Golden Globe nominations. 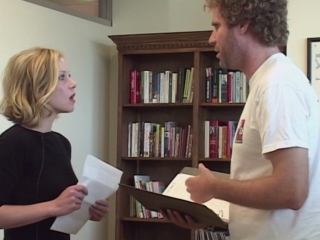 But, one of the most recent movies that boosted her career was 'Anchorman: The Legend of Ron Burgandy'. 'Anchorman' featured Will Ferrell was a parody of the 1970s Action News format. The movie centered around a San Diego TV station where Ron Burganday (Will Ferrell) clashes with his new female counter part (Christina Applegate). Currently 'Anchorman' is number 100 on Bravo's 100 funniest movies, number 6 on TimeOut's top 100 comedy films of all time and 113 on Empire's 500 Greatest Movies of All Time. 'Anchorman' would make $28.4 million in its opening weekend, and $90.6 million worldwide in its total theatrical run. You can watch Christina Applegate's audition here:
Previous article[WATCH] The Banned Donald Trump Documentary That Donald Trump Doesn't Want You to See
Next articleNBC 'Chicago P.D.' Open Casting Call for Extras in Chicago