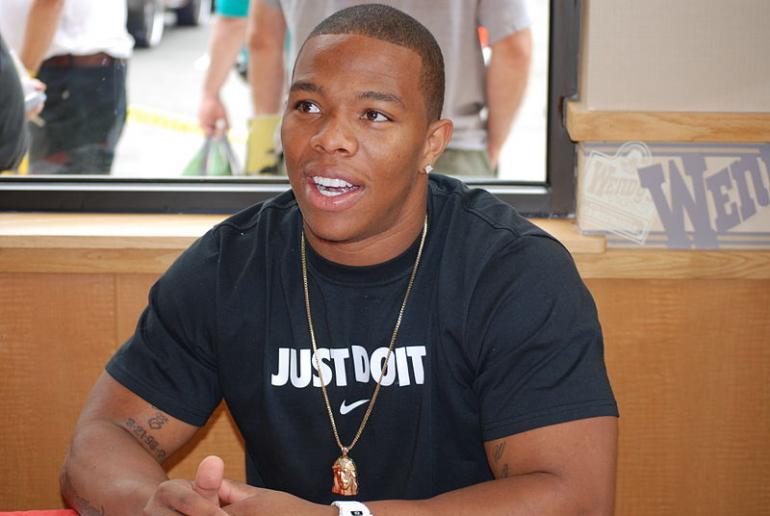 A video has been revealed showing Baltimore Ravens football player Ray Rice knocking out his fiancée in an elevator. TMZ has revealed the punch that got Baltimore Ravens running back a two-game suspension from the NFL. The woman that get hits in the face is Janay Palmer, who is now Rice's wife. Until yesterday, the public had only seen Ray Rice dragging her body out of the video and into the lobby of an Atlantic City Casino. According to reports, NFL Commissioner has full access to the video, including the video you see below, as he decided the correct punishment for Ray Rice. Goodell would later decide that it was appropriate to give the Ravens football player a 2 game suspension for knocking his wife unconscious. Both Rice and Palmer were charged with simple assault in the February 15th incident. In March, a grand jury charged Rice with third-degree aggravated assault, a felony. Charges against Palmer were later dropped altogether. Last May, Ray Rice entered a rehabilitation program that would allow him to avoid trial. After the one-year program, his assault charge will be dismissed. Related: What do you think?Discuss this story with fellow Project Casting fans on Facebook. On Twitter, follow us at @projectcasting.
Previous article#DenzelisJamesBond: Denzel Washington Wants to Play James Bond
Next articleStart of a Zombie Apocalypse? Rare Virus Spreads Across U.S.