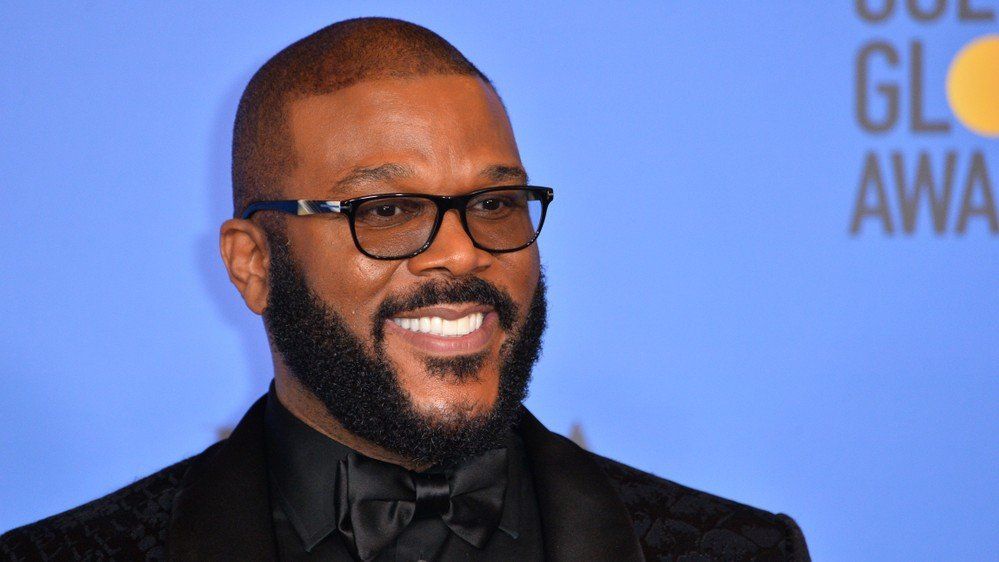 Tyler Perry is not only a filmmaker. He is a businessman. Not only is the director, writer, actor, and entrepreneur working on several TV shows and movies at Tyler Perry Studios, Perry will be making his Netflix debut with ‘A Fall From Grace.’

“My next movie, guys!!! This is an amazing thriller!!!” Perry captioned a poster for the film.

It appears Tyler Perry likes to work with actors he has worked with in the past. Fox has a role in Tyler Perry’s OWN series ‘The Haves and the Have Nots.’ Tyson worked with Perry in many movies, including his 2005 breakout movie ‘The Diary of a Mad Black Woman’ and in ‘Madea’s Family Reunion’ in 2006.

Mr. Perry is a busy man. In related news, Perry is teaming up with Nickelodeon for new kids and family live-action series starring 10-year-old rapper Young Dylan. The series is part of a massive deal with Viacom, where he is producing original series for BET Networks and other Viacom properties, with exclusive licensing rights on the TV shows and movies. Moreover, Tyler Perry Studios has a deal on the new streaming service BET+. Two new shows from Tyler Perry, including ‘The Oval’ and ‘Sistas,’ are now available on the platform.