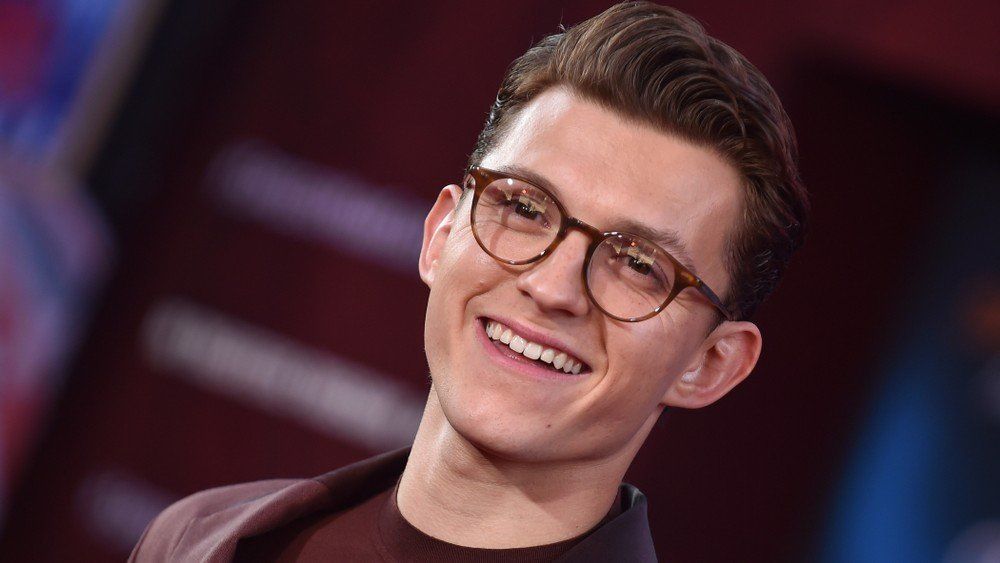 Tom Holland is taking COVID-19 safety precautions seriously. While filming Spider-Man 3 in Atlanta, the actor shared a photo from the set where he’s is seen posing in a newly upgraded Spidey suit from the end of Spider-Man Far From Home. He is also wearing a regular, paper face mask.

This is not the first time we have seen Tom Holland gearing up for the next Spider-Man movie. In October, he posted a video of himself landing in Atlanta, where you can see his excitement despite wearing COVID masks.

Holland will be joined by Benedict Cumberbatch, as reports surfaced that Doctor Strange will serve as Peter Parker’s new mentor following the death of Tony Stark in Avengers: End Game. Doctor Stranger will presumably help Holland navigate the multiverse, which could explain Jamie Foxx’s Electro's surprising return. The casting decision, which has Marvel fans excited about the possibility of the Spider-Verse making its way into the Marvel Cinematic Universe. Fans got a chance to see the multiple Spider-mans in the animated movie Spider-Man: Into the Spider-Verse, which has fans excited to see another Spider-Man potentially, Miles Morales, appearing alongside Tom Holland.

In relevant news, Jurassic World: Dominion writer and director Colin Trevorrow says the filming restrictions imposed by the Coronavirus COVID-19 pandemic made it a stronger movie. The sequel to the Universal Pictures was one of the first major movie productions to resume filming in the middle of an industry-wide shutdown. A strict plan started by Universal Chairwoman Donna Langley says the movie managed 100 days of safe shooting with Chris Pratt, Bryce Dallas Howard, and returning Jurassic Park trio Sam Neill, Laura Dern, and Jeff Goldblum.

"I'm not sure I can put it into words," Trevorrow told Deadline about the 18-month total process from pre-production through the wrap. "It has been remarkable. Our crew and our cast have been so resilient. All producers have worked around the clock to make it the best it can be. It has been inspiring."

Paramount+ 'The Offer' cast, casting calls, auditions, and news you should know This American biographical drama miniseries, 'The Offer,' was created by Michael...