American Crime Story is the latest TV series to be added to the FX Network and critics are already calling it a hit.

American Crime Story is the upcoming American true crime TV series created by Scott Alexander and Larry Karaszewski. The series is executive producers with Ryan Murphy and Brad Falchuk and scheduled to premiere on Tuesday, February 2nd. The first season, subtitled The People v. O.J. Simpson will center around the murder of trial of O.J. Simpson.

What is the Murder Trial of O.J. Simpson?

For many people, the murder trial of O.J. Simpson is a long distant memory. But, let us break down what happened. The O.J. Simpson murder case, officially the People of the State of California v. Orenthal James Simpson started in 1994 and ended in October 1995. O.J. Simpson would be acquitted after a trial that lasted more than eight months. The former professional football star and actor O.J. Simpson was tried on two counts of murder after the deaths of his ex-wife, Nicole Brown Simpson, and waiter Ronald Lyle Goldman, in June 1994. O.J. Simpson hired one of the best defense teams in the country, initially led by Robert Shapiro, and later led by Johnnie Cochrane, F. Lee Bailey, Alan Deshowitz, Robert Kardashian, Gerald Uelmen, Robert Blasier, and Carl E. Douglas, and two more attorneys specializing in DNA evidence including Barry Scheck and Peter Neuefeld for a grand total of 10 attorneys.

Los Angeles County thought they had a great case, but Cochran was able to persuade the jurors that there was reasonable doubt about the DNA evidence, including a blood-sample that had been allegedly mishandled by lab scientists and techs, and about the circumstances surrounding the evidence. Cochran and the defense team also argued misconduct by the Los Angeles Police Department. The murder trial of O.J. Simpson has been described as one of the most followed criminal trials in American history. In fact by the end of the criminal trial, national survey's showed that the trial racially divided the country. Later Brown and the Goldman families sued O.J. Simpson for damages in a civil trial that came to a total of $40 million. On February 6, 1997, a jury unanimously found that there was a preponderance of evidence to hold O.J. Simpson liable for damages in the wrongful death of Goldman and batter of Brown.

Here's a break down of American Crime Story:

After being pitched and developed to the Fox network but was later moved to the FX network. Despite moving to a new network, production all started in 2014 when it was announced that FX had ordered a 10-episode season of American Crime Story, created/executive produced by Scott Alexander and Larry Karaszewski, while being executive produced by long-time FX Network working partner Ryan Murphy and Brad Falchuk, who co-created hit TV shows such as Nip/Tuck, Glee, Scream Queens, and the popular series American Horror Story, to which American Crime Story is expected to work as a companion piece with AHS. In addition, Ryan Murphy directed the series first episode.

Once production started, casting was the next step. Cuba Gooding Jr. and Sarah Paulson were the first actors to be cast as O.J. Simpson and Marcia Clark, respectively. David Schwimmer would be later cast as Robert Kardashian. Then, news broke that John Travolta had joined the cast as Robert Shapiro, in addition to serving as the show's producer. Later on, after pitching the series to several actors Courtney B. Vance and Connie Britton were cast as Johnnie Cochran and Faye Resnick, respectively. Sterling K. Brown, Jordana Brewster, and Kenneth Choi joined the cast of American Crime Story.

Filming took place in Los Angeles, California and Central Casting handled all of the background acting jobs for the movie. You can review some of the past American Crime Story casting calls here. 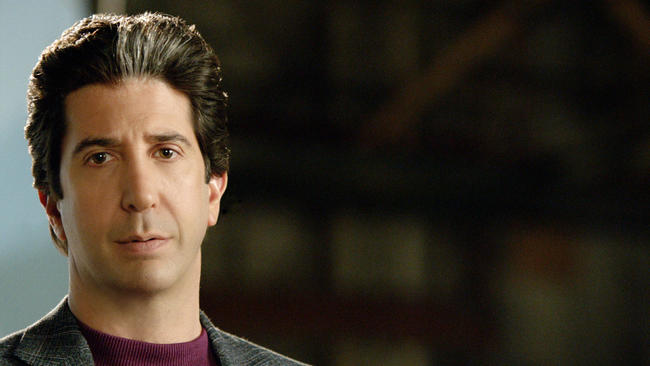 Since production has wrapped on American Crime Story inside details surrounding the production, acting and history have been released. For example, David Schwimmer revealed that he considered meeting with the Kardashians in order to get an inside look at the father/lawyer. But, he later decided not too after talking to Kris Jenner. "[Kris taught me] how much a man of faith Robert was, how he prayed at every meal and before every big business meeting and how he was this very compassionate, generous guy. The producers of [KUWTK] had asked me if I wanted to talk to the daughters, too… but I didn't feel that was necessary. And they wanted to do it on camera." However, Khloé Kardashian revealed that she was excited about watching the new series. Saying, "I would definitely like to see it! My mom and Selma Blair became really good friends, and my mom helped out a little bit with the some of the other characters on the show."

Cuba Gooding Jr. reveals what it was like playing O.J. Simpson

Cuba Gooding, Jr. also discussed how he felt when he watched O.J. Simpson trial several years ago. "There was one day after filming that I went to my trailer and I couldn't stop crying because I realized I never [even considered the loss] for the Goldman or Brown family. Back then, I was just so relieved that another black man got away from the injustice that was the LAPD. I was just so relieved that they didn't screw us over again."

It is also interesting to point out that John Travolta was nervous about working with Ryan Murphy, a producer who is known for pushing the limits on TV shows. "I was worried at first that, wittingly or unwittingly, it would be sensational… but [Ryan and Nina Jacobson] assured me that it was about much more than just the sensation of what happened; and when I read the scripts, I saw that they were right."

Sarah Paulson decided to meet with Marcia Clark after working on American Crime Story. "I just said, 'I want you to know how much I revere your mind and the sacrifices you made for your family,' " says the actress, revealing that they share a mutual friend who'd relayed early on that Clark was complimentary of Paulson's casting. "The amount of scrutiny that Marcia had to endure based on her physical appearance was horrifying, and I told her I thought she handled it with such grace. Then I asked if she'd be open to having dinner or a drink with me.

Helga Esteb / Shutterstock.com Ryan Murphy is already working on the next American Crime Story. The second time around, Murphy wants to discuss Hurricane Katrina. "I want this show to be a socially conscious, socially aware examination of different types of crime around the world. And in my opinion, [Hurricane] Katrina was a f*cking crime, a crime against a lot of people who didn't have a strong voice, and we're going to treat it as a crime. That's what this show is all about."

What do you think of American Crime Story? Do you plan on watching the new series? Share with us your thoughts in the comments below!