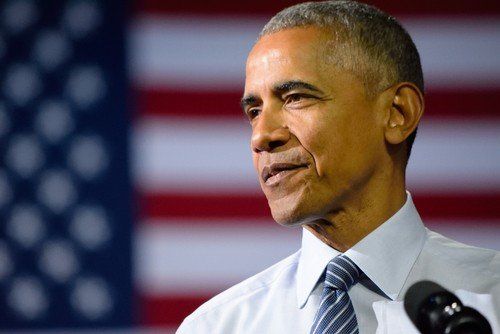 CHARLOTTE, NC, USA - JULY 5, 2016: President Barack Obama with the US flag in the background as he delivers a speech at a campaign rally for the presumptive democratic nominee in Charlotte. (Evan El-Amin / Shutterstock, Inc.)

The Obamas are currently in “advanced negotiations” to say in their own Netflix series.

Barack and Michelle, are also set to produce shows and films for the streaming service under heir new production company Higher Ground Productions. A press release from Netflix said the couple will produce “scripted series, unscripted series, docu-series, documentaries and features” that centers on subjects and themes the president wanted to discuss during his time in office.

“One of the simple joys of our time in public service was getting to meet so many fascinating people from all walks of life, and to help them share their experiences with a wider audience,” Obama said in a statement. “That’s why Michelle and I are so excited to partner with Netflix — we hope to cultivate and curate the talented, inspiring, creative voices who are able to promote greater empathy and understanding between peoples, and help them share their stories with the entire world.”

What do you think? Leave us a comment below!

Previous articleHow To Get a $10,000 Film Grant to Film Your Next Short Film
Next article'Happy Death Day 2' New Orleans Casting Call for Basketball Players