According to ComeTourGeorgia, 'Thank You For Your Service' starring Haley Bennett and Miles Teller will film in Atlanta, Georgia.

American Sniper screenwriter Jason Hall is directing the movie from a script he adapted from David Finkel's 2013 book Thank You For Your Service which followed the struggles of the battalion chronicled in Finkel's The Good Soldiers during a 15-month tour or Baghdad during the surge of 2007 to 2008. The book was a near winner for the National Books Critics Circle Award. 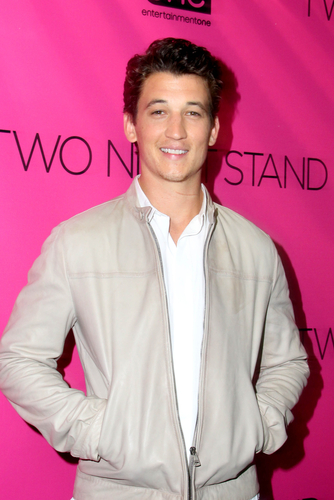 Helga Esteb / Shutterstock.com DreamWorks acquired the movie rights to the movie prior to the book's released. Originally the plan was for Steven Spielberg to direct, with Daniel Day-Lewis possibly starring, but Spielberg reportedly suggested Hall helm the movie himself after reading the screenplay. This will be the first movie for Miles Teller since Fantastic Four. Fantastic Four bombed in the box office, which may have halted the actor's movie career. Jaguar PS / Shutterstock.com He will be seen in the Divergent sequel Allegiant - Part 1, Todd Phillips' comedy Arms and the Dudes, and the boxing biopic Bleed for This. Miles Teller developing The Life and Times of the Stopwatch Gang, and is set to star in Marc Webb’s The Only Living Boy in New York, which just added Rosamund Pike and Jeff Bridges. Thank You for Your Service is the latest movie to film in Atlanta, Georgia including Baby Driver, Middle School: The Worst Years of My Life, All Eyes on Me, and The True Memoirs of an International Assassin."
Previous articlePorn Companies Fire James Deen Following Actor Rape Allegations
Next articleABC 'Nashville' Season 4 Make-Up Artists Casting Call