A judge overturned Terrence Howard's divorce settlement with his second wife Monday, finding the actor was bullied into signing the settlement by her threats to leak private information about the actor. The ruling means Terrence Howard and his ex-wife, Michelle Ghent, will now have to renegotiate the financial terms of their divorce. "The evidence of extortion or duress was unrebutted," Superior Court Judge Thomas Trent Lewis said in his ruling. 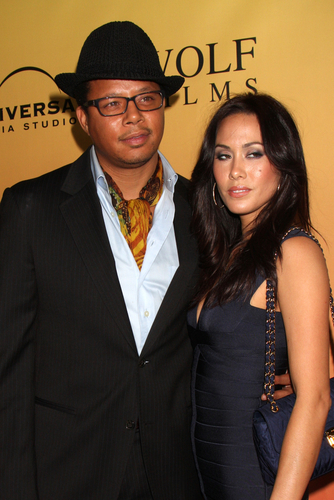 Helga Esteb / Shutterstock.com Howard argued he signed a 2012 settlement to end his marriage to Ghent because he was afraid she would leak private details about him, including phone sex recordings with other women and a video of him dancing naked. The agreement allowed for Ghent to share a portion of Terrence Howard's earnings, which would include a portion of his salary from TV's most watched series in 23 years, Empire. Ghent's lawyers argued she denied extorting the actor in a deposition and argued he didn't prove threats she made in 2011 forced him to sign the agreement a year later.

Lewis also heard a 2011 call in which Ghent belittled Howard and threatend to sell private information about him if he didn't pay her money by the end of the day. Howard's account sent Ghent $40,000 in response to the call, which he called "hush money". The actor called it "blood money". He told Lewis that leaking the information at the time would have ruined his acting career. Terrence Howard was nominated for an Academy Award after starring in the 2005 hit movie Hustle & Flow. Filming for Fox's Empire is currently taking place in Chicago, Illinois. Casting directors are constantly looking for background actors to work on the hit TV series. For the latest casting calls click here.
Previous article'Containment' Casting Call for Police, Lawyers in Atlanta
Next article[WATCH] Walking Dead Season 6 Release New Scene and Promo