HomeMoviesTaraji P. Henson to Produce and Star in Emmett Till Movie 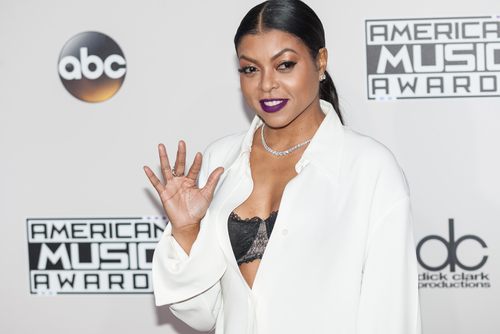 Actress Taraji P. Henson arrives on the Red Carpet at the 2016 American Music Awards in Los Angeles, California on November 20, 2016 at the Microsoft Theater

Taraji P. Henson to star in a film about Emmett Till.

Taraji P. Henson’s new movie Proud Mary hits theaters on Friday but, Henson is not slowing down and looking forward to her next movie.

According to reports, Henson is attached to star in and produce in a movie about Emmett Till, the 14-year-old black teenager, and Chicago native who was kidnapped and brutally murdered by two white men while on a trip to Mississippi in 1955.

Henson is set to play Till’s mother, Mamie Till-Mobley, who decided to make her son’s funeral open casket, despite Till’s body was mutilated in the murder. An all-white jury acquitted Till’s killers in 1955, even though the duo admitted to killing the child.

The movie will be developed by the production company, TPH Productions, and will be directed by Snowfall and Four Brothers helmer John Singleton.

Henson first revealed the Till film news in an interview with Global Grind about the forthcoming Proud Mary, which she also produced and starred in. "I've been passionate about [the project> since Trayvon Martin was murdered," she said.

Related: What do you think? Discuss this story with fellow Project Casting fans on Facebook. On Twitter, follow us at @projectcasting.
Previous articleTNT's 'CLAWS' Season 2 New Orleans Casting Call for Twins
Next articleCommercial Atlanta Casting Call for Basketball Players