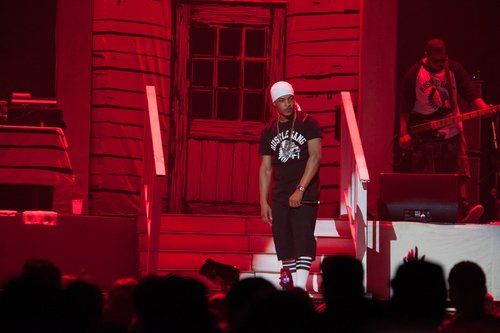 You can't deny the fact that T.I. is a busy entrepreneur. He has a list of business ventures including Akoo and Hustle Gang clothing brands, as well as filming for his new reality TV series T.I. & Tiny: The Family Hustle. 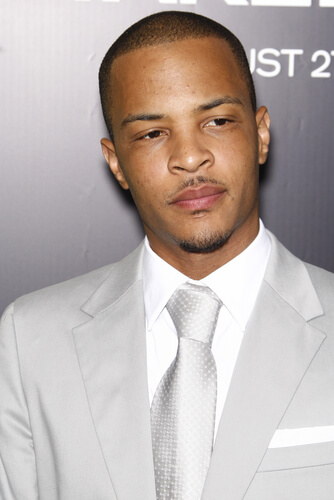 LOS ANGELES - AUG 4: Tip 'T.I.' Harris at the World Premiere of Takers, held at the Arclight Cinerama Dome in Los Angeles, California on 4 August 2010 (Joe Seer / Shutterstock.com) LOS ANGELES, CA - JUNE 29, 2015: Actor Tip "T.I" Harris & wife Tameka 'Tiny' Cottle at the world premiere of his movie "Ant-Man" at the Dolby Theatre, Hollywood. (Jaguar PS / Shutterstock.com)   Now, T.I. is looking for the next top stripper to work at his new strip club opening in Atlanta, Georgia. According to reports, over 2,000 strippers showed up to audition for a spot in T.I's new strip club. TMZ obtained video which showed dozens of women sitting at tables filing out paperwork. TMZ is reporting that the rapper, along with the owner of V Live, Damon Cobbs, is opening a V Live in Atlanta. The night club is popular in Houston, and the pair plan to expand to the former location of Diamonds of Atlanta. Tip "T.I." Harris and Tameka 'Tiny' Cottle at the "Identity Thief" Los Angeles Premiere, Mann Village, Westwood, CA 02-04-13 (s_bukley / Shutterstock.com) The video also included clips of aspiring strippers showing off their "dance skills." Out of the hundreds of strippers that auditioned only 100 women made the cut. Apparently, Georgia's film industry isn't the only thing that's growing in the ATL. What do you think?
Previous articleChicago AD Allegedly Psychologically, Physically Abused Actors
Next article10 Most Annoying Problems in Superhero Movies [VIDEO]