According to a new study, Tom Hanks is America's favorite actor.

Tom Hanks, who just finished filming his new movie Sully directed by Clint Eastwood in Atlanta, Georgia topped a Harris Poll that surveyed more than 2,200 adults in the U.S. about the best Hollywood actor/actress. But, this is not the first time. Hanks won the award in 2002, 2004, 2005 and 2013. Shortly behind Tom Hanks was Johnny Depp. And last year Denzel Washington was 2015's most favorite actor, and is now ranked third. 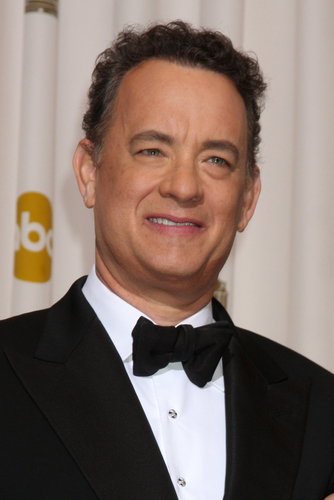 Helga Esteb / Shutterstock.com Harrison Ford landed the fifth spot, followed by Sandra Bullock and Jennifer Lawrence. Tom Hanks revealed in an interview, his acting decisions and what roles he chooses for movies. And the answer probably explains why he's America's favorite actor. It's all about choosing to play good guys in movies. Tom Hanks recently sat down with BAFTA (British Academy of Film and Television Awards) and he discussed what it is like to becoming an actor and how to develop your skills as an actor. Hanks argues that being an actor is “a never-ending process of examining where you are in life” reflects Tom Hanks as he discusses living off $50 a week, how every director is different and the importance of energy and instinct in his early career. Check out the video below and let us know what you think: