HomeTechnologyStudy: Taking Selfies Make You Think You're Hotter Than You Really Are 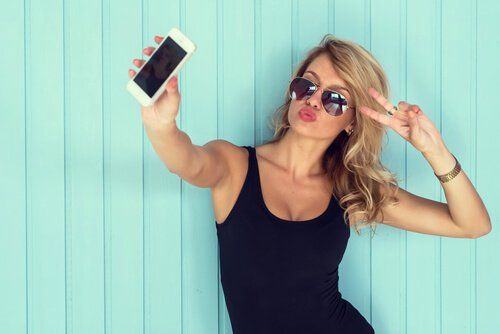 Taking a lot of selfies makes you think you're hotter than you really are, according to science.

Selfies are everywhere. Even my 5 year old niece loves to take selfies. But all this selfie taking has fundamentally changed the way people see you and how we see ourselves, according to a new study. A Study from the University of Toronto says that taking selfies make you appear more narcissistic to those around you and give you a self-inflated view of yourself. Sure, that may seem pretty self-explanatory, but now we have scientific evidence to back it up. For the study, researchers got 100 people who considered themselves "regular selfie takers" to take a selfie as well as just a regular old-fashioned portrait and rate how attractive and likable they thought their friends would think each was, if uploaded to social media. Then researchers had people from the public check out the participants photos and rate them as to how attractive, likable and narcissistic they thought each person appeared. Not only did participants think they looked better in their photos than the public did, the independent raters generally liked the portraits better than the selfies, and thought the selfie enthusiasts came across more narcissistic in their selfies than everyone else.

The study suggests that taking selfies is basically just a way of showing people what you want them to see, but not necessarily what the rest of the world sees, which can come off as narcissistic and eventually make you think you're hotter than you think you are. [Vice>

Essentially, people who take a lot of photos of themselves or selfies tend to overestimate their attractiveness and likability to a greater extent and are seen as more narcissistic by independent observers. There is a lot of psychological evidence that shows people have a tendency to perceive themselves as being better than average on a wide range of positive traits, a phenomenon known as "self favoring bias." There is also evidence that self-favoring bias is strongest in situations in which one the greatest amount of personal control. Consequently, selfies may be the best situation for self-favoring bias. Via What do you think? Discuss this story with fellow Project Casting fans on Facebook. On Twitter, follow us at @projectcasting.
Previous articleTV Reporter Arrested for Pooping in Someone's Front Yard During Work
Next articleHarvard Scientists Invent a 'Second Skin' That Can Make You Prettier