Steven Spielberg strongly believes that comic book movies are simply a fad that audiences will soon get tired of watching.

Two years ago, Steven Spielberg predicted an "implosion" of the movie industry because of its over-reliance on big budget summer movies. Following the success of Jurassic World, which Spielberg produced, his opinion has not changed. 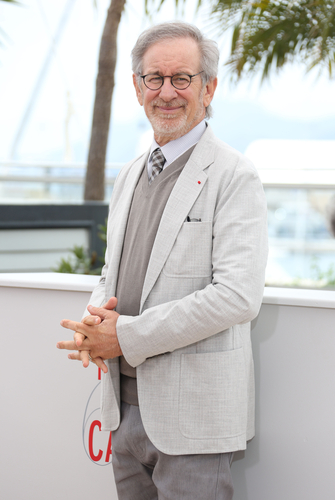 Featureflash / Shutterstock.com "I still feel that way," Spielberg told The Associated Press while promoting Bridge of Spies, an upcoming Cold War-era action-thriller. "We were around when the Western died and there will be a time when the superhero movie goes the way of the Western. It doesn't mean there won't be another occasion where the Western comes back and the superhero movie someday returns." In 2013, Steven Spielberg wanred of "the big danger" that came from studios putting all of their money and attention towards tentpole summer movies. "There's going to be an implosion where three or four or maybe even a half-dozen megabudget movies are going to go crashing into the ground, and that's going to change the paradigm," he said during an appearance at the University of Southern California's School of Cinematic Arts. Spielberg argues that this will lead to a lack of opportunities for young filmmakers to learn how to produce and make movies. Talking to the AP, he admitted, "Right now the superhero movie is alive and thriving," before clarifying, "I'm only saying that these cycles have a finite time in popular culture. There will come a day when the mythological stories are supplanted by some other genre that possibly some young filmmaker is just thinking about discovering for all of us."
Previous articleHulu Announces Ad-Free Subscription Service
Next articleDaniel Craig Wants to Quit the James Bond Franchise