Here's the Star Wars: Force Awakens gay rumor that everyone is talking about.

Star Wars: The Force Awakens is finally out world wide, and has been the center of several fan theories ever since the movie was released. From Rey's lineage, Snoke's identity, Leia's force abilities, fans have debated their thoughts on the loose ends from The Force Awakens. One popular theory that has been gaining the most attention is the possiblity of a gay relationship in The Force Awakens between Finn and Poe.

However, John Boyega has an interview with Shortlist being released soon, and the editor has gave a teaser regarding the rumor:

Sad news: John Boyega confirmed to me the Finn/Poe romance is not canon and it only exists "in Oscar's head" :(

This denial is pretty surprising as the signs have been signaling a possible gay Star Wars relationship for a while now. Rumors started to circulate pretty much immediately after The Force Awakens hit theaters. Finn and Poe have seemingly instant connection, with Poe going so far as to give Finn his name. Oscar Isaac added fuel to the fire in a recent appearance on The Ellen DeGeneres Show, claiming Poe has a relationship that will be exposed in the next movie. "I think it’s very subtle romance that’s happening. You know, you have to just look very close — you have to watch it a few times to see the little hints. But there was."

I think it’s very subtle romance that’s happening. You know, you have to just look very close — you have to watch it a few times to see the little hints. But there was.

After those statements, it seems pretty straightforward tha tsomething is going on between Poe and Finn. Indeed, Poe didnt have any major scenes besides the beginning and ending of the movie. And we can assume that he wasn't in love with BB-8. In fact, Poe gave Finn a jacket that was worn throughout the entire movie and typically guys don't share clothes with other guys. I recently saw The Force Awakens with the staff here at Project Casting for a second time and it's hard to deny that there's not a relationship between Poe and Finn. Indeed, it would be a very touchy subject to tackle especially since the movie has made billions before every premiering in China. 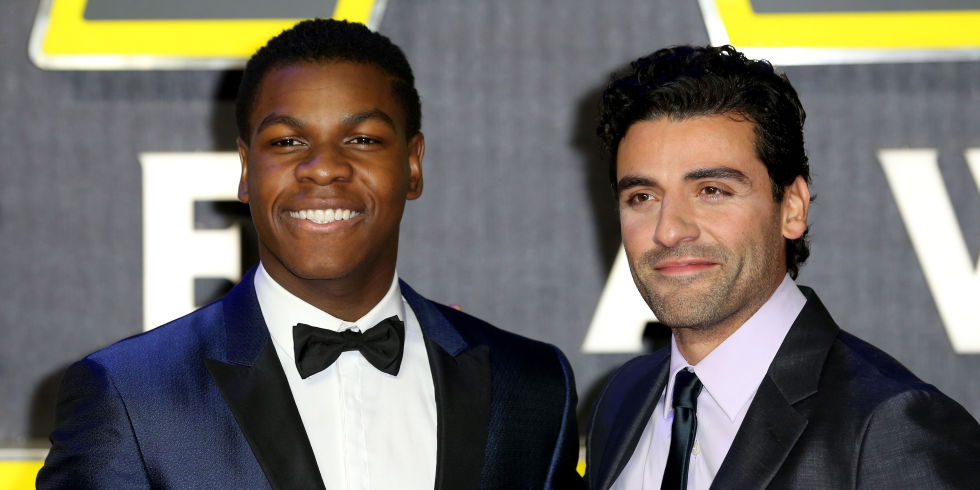 Apparently, John Boyega is going to end this rumor in the upcoming interview. But, this begs the question: who was Oscar talking about when he said a romance was coming soon? What do you think? Do you think Finn and Poe have a gay romance? Share with us your thoughts in the comments below!
Previous articleHow Hispanic Audiences are Changing the Film Industry Forever
Next articleActress and Her Two Sons Dead Bodies Mysteriously Found