Aspiring actors, models, and Star Wars fans stood in front of a blank wall and read the provided script about a galaxy far far away. But, who was the mystery casting director behind Star Wars: The Force Awakens? And how did she know what to look for in the midst of millions of video auditions?

Well, in a new interview with The Independent casting director Nina Gold reveals her best audition tips and how she cast Star Wars: The Force Awakens.  Nina Gold is the casting director behind several major TV shows including Game of Thrones and The Wolf Hall. But, she says working on Star Wars required a ton of secrecy, “because you can’t even tell anybody what they might be meant to be doing”. 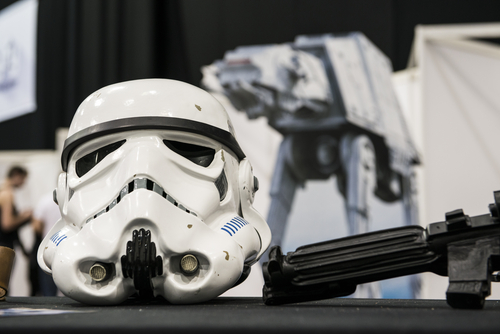 Nando Machado / Shutterstock.com But, the casting director pointed out that she enjoyed casting unknown actors. It was “brilliant not having to cast someone from the same old list of names”, she says: “You don’t want somebody who was ‘that guy from some other franchise’. You want them to entirely belong to This World.” That's why she cast John Boyega and Daisy Ridley. Saying, that George Lucas required the lead actors to not belong to another movie franchise and be relatively unknown. You can read the full interview with The Independent here and it's pretty amazing and eye opening read. What do you think of Nina Gold Casting? Share with us your thoughts in the comments below!
Previous articleLady Gaga Opens Up About Being Raped as a Teenager
Next article'Star Wars' Director Confronts 'Racist' Casting Backlash