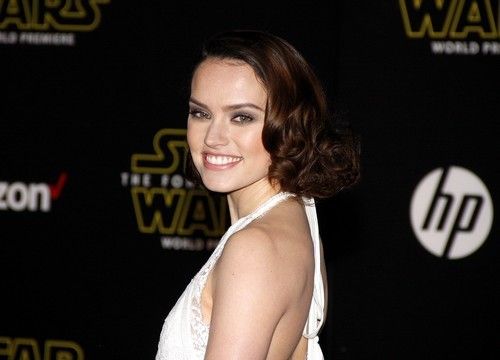 Daisy Ridley quits Instagram and everyone is freaking out.

The Star Wars actress has deleted her entire account after a backlash from followers over a comment she made about gun control. The British actress, who has a huge following on social media, made the decision to delete her entire account this week. Ridley posted a comment about gun violence saying: “Thinking about how lucky I am like......... Serious bit: as I sat in the audience yesterday tears were streaming down my face at the tribute to those that have been lost to gun violence. "I didn't get a great picture of the incredible group that came on stage but they were so brave. It was a true moment of togetherness. We must #stoptheviolence.” She immediately faced a ton of negative comments telling her to mind her own business and stay out of the gun control debate. According to reports, Ridley reactivated her Instagram account on Wednesday to post a comment, which read: “I just want to be on my phone less. Trying to be more present and all that and got a busy few months ahead so wanted less distractions...It's all good! :)" Fans of Daisy Ridley turned to Twitter to voice their opinion over Daisy Ridley and gun control.

So apparently racist trolls chased #DaisyRidley off social media. Her Instagram is gone. That poor kid. All for having a heart in public.

Ridley has been shooting scenes for the sequel to The Force Awakens, alongside John Boyega, Mark Hamill and Carrie Fisher. Related: What do you think? Share with us your thoughts in the comments below.
Previous articleKris Jenner Injured in Car Crash
Next articleAva DuVernay Becomes the First Black Woman To Direct A $100 Million Budget Film