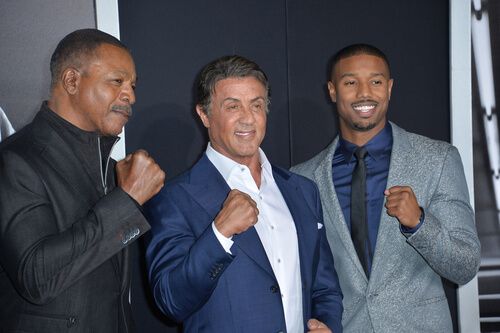 Drago, a spinoff of Creed inspired by the Rocky saga of Sylvester Stallone, has been announced. Viktor Drago, the son of Ivan Drago from the original Rocky film's Russian nemesis, is the main character in this forthcoming actioner. Drago is set to reprise his role, and Dolph Lundgren has been asked to return as the Soviet commander and boxing trainer.

After learning the news, Sylvester Stallone, who was not contacted for the film, publicly expressed his displeasure and directly addressed series producer Irwin Winkler and co-star Lundgren.

"Another Heartbreaker… Just found this out… ONCE AGAIN, this PATHETIC 94-year-old PRODUCER and HIS MORONIC USELESS VULTURE CHILDREN, Charles And David, are once again picking clean THE BONES of another wonderful character I created without even telling me. I APOLOGIZE to the FANS. I never wanted ROCKY characters to be exploited by these parasites," wrote Stallone in a now-deleted post. "By the way, I have nothing but respect for Dolph, but I wish HE had told me what was going on behind my back. Keep your REAL friends close."

After those comments, Lundgren tweeted that there were no agreements in place, and he thought Stallone was involved as a producer or an actor, which lightened the mood with a vintage photo.

Stallone, who wrote and starred in the original 1976 Rocky film, has long expressed dissatisfaction with Winkler's control of the series. As the third Creed movie and Drago spinoff continue without Stallone, he hit a breaking point as he found himself completely excluded from the conversation.