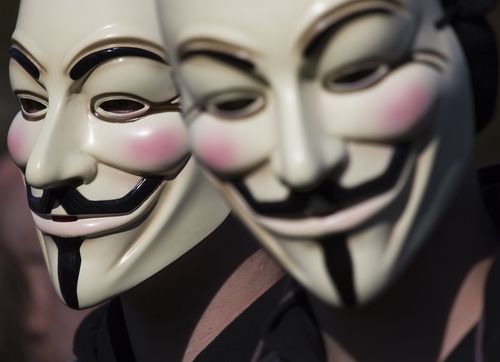 North Korea is denying involvement in the Sony Pictures hack.

A government official issued a lengthy statement to KCNA, North Korea's government-run news agency. The official praised the hack, but denied North Korea's involvement. Read more: Hackers Threaten Sony Pictures’ Employees & Families "We do not know where in America the SONY Pictures is situated and for what wrongdoings it became the target of the attack," read the statement. "But what we clearly know is that the SONY Pictures is the very one which was going to produce a film abetting a terrorist act while hurting the dignity of the supreme leadership of the DPRK [Democratic People's Republic of Korea>." Astrelok / Shutterstock.com The statement continues by speculating that the hackers could be a "righteous deed of the supporters and sympathizers" of North Korea. Read more: Sony Pictures Hack Reveals What Sony Thinks About People Who Watch their Movies You can read the full length government statement below.

The SONY Pictures, a film producer in the U.S., has reportedly been attacked by hackers. The hacking is so fatal that all the systems of the company have been paralyzed, causing the overall suspension of the work and supposedly a huge ensuing loss. Much upset by this, the U.S. mobilized many investigation bodies including FBI, CIA and the Department of Homeland Security for urgent investigation and recovery of the system. We do not know where in America the SONY Pictures is situated and for what wrongdoings it became the target of the attack nor we feel the need to know about it. But what we clearly know is that the SONY Pictures is the very one which was going to produce a film abetting a terrorist act while hurting the dignity of the supreme leadership of the DPRK by taking advantage of the hostile policy of the U.S. administration towards the DPRK. We already called upon the world to turn out in the just struggle to put an end to U.S. imperialism, the chieftain of aggression and the worst human rights abuser that tramples down the universal rights of people to peaceful and stable life and violates the sovereignty of other countries, as well as its followers. The hacking into the SONY Pictures might be a righteous deed of the supporters and sympathizers with the DPRK in response to its appeal. What matters here is that the U.S. set the DPRK as the target of the investigation, far from reflecting on its wrongdoings and being shameful of being taken unawares. And the south Korean group, keen on serving its master, groundlessly linked the hacking attack with the DPRK and floated the "story about the north's involvement", an indication of its inveterate bitterness towards its country fellowmen. The U.S. and south Korean puppet group are all accustomed to pulling up others for no specific reason when something undesirable happens in their own land. The south Korean puppet group went the lengths of floating the false rumor that the north was involved in the hacking that happened in the U.S., a country far across the ocean. It should be well aware that it can not evade the severe punishment by the anti-U.S. sacred war to be staged all over the world if it blindly curries favor with the U.S. as now. The U.S. should also know that there are a great number of supporters and sympathizers with the DPRK all over the world as well as the "champions of peace" who attacked the SONY Pictures. The righteous reaction will get stronger to smash the evildoings.

Read more: Sony Hackers: $241 Spent on Drugs for ‘The Interview’ North Korea has been upset with Sony for its upcoming feature film The Interview, which features Seth Rogen and James Franco as two journalists hired by the CIA to assassinate the leader of North Korea, Kim Jong-un. Because of this movie, hundreds have speculated that North Korea targeted Sony Pictures and was the country behind the Nov. 24 attack, which lead to leaked documents, social security numbers, and full-length feature films to be leaked. Helga Esteb / Shutterstock.com Hacking group Guardians of Peace has taken responsibility for the attack. On Friday, the group emailed SOny staffers, threatening to harm their family members. Sony Pictures Entertainment CEO Michael Lynton addressed the threat, sending employees an e-mail letting them know that the FBI had been notified. Read more: Sony Pictures Hack: Hundreds of Employee Complaints Released Lynton's email, obtained by The Hollywood Reporter, can be seen below.

We understand that some of our employees recently received an email containing malicious and threatening contents from an unknown sender. We immediately notified the FBI of the email and they have teams working on this issue. First and foremost, if you happen to receive a suspicious email, DO NOT respond to these emails or click on any links. Not only are these criminals using scare tactics, they may also be attempting to further infect the SPE IT network. Once again, we cannot overemphasize our appreciation to all of you for your commitment and resolve. Together we will move past this incident and continue the extraordinary work you do every day.

According to reports, Sony Pictures could not have prepared themselves for this hack. Head of the cyber-security firm that is currently investigating the issue told Sony execs that the attack on the studio was "unprecedented in nature" and "carried out by an organized group." What do you think of the Sony Pictures Hack? Do you think North Korea is responsible? Discuss this story with fellow Project Casting fans on Facebook. On Twitter, follow us at @projectcasting. Image Credit: Rob Kints / Shutterstock.com
Previous article'Sons of Anarchy' Series Finale Spoiler Leaks Online
Next articleHow to Audition for The Vampire Diaries'