Showrunner Shonda Rhimes called out people for attempting to blame Black Lives Matter with the shooting of police officers on Twitter, and pointed back to the issue she feels is at the center of all these tragedies: gun control. 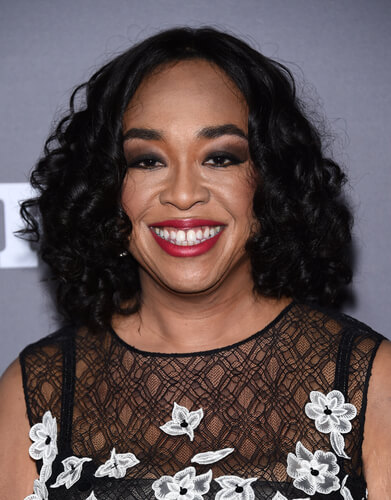 Why isn't anyone talking about gun control? Last night, a man with a high powered rifle committed a mass shooting. Again. GUN CONTROL.

“If I hear one more idiot suggest that #BlackLivesMatter incited this,” she wrote. “The level of ignorance is stunning. Absolutely stunning.” She also responded to some of the tweets by Congressman Joe Walsh, who sparked controversy by seeming to threaten the President's life in a series of tweets. In response to Walsh's insinuation that “Obama’s words and BLM’s deeds have gotten people killed,” Rhimes wrote that, “Words don’t get people killed. GUNS get people killed.”

This is the second time Rhimes has found herself in the middle of a political and American controversy. Following Grey Anatomy's star Jesse Williasm' powerful Black Lives Matter speech at the BET Awards, fans of the show petitioned her to remove Williams from the show's cast. Related: What do you think? Share with us your thoughts in the comments below.
Previous articleMichael B. Jordan Shares a Powerful Response to Police Shootings
Next article$900 Toyota Commercial Los Angeles Casting Call