Spike Lee is currently planning on creating a sequel to School Daze, School Daze Too. Kevin Hart and Drake are set to star in the upcoming Spike Lee sequel.

Read more: Spike Lee to Write and Direct ‘She’s Gotta Have It’ for Showtime Spike Lee is currently planning on creating a sequel to School Daze, Spike Lee's second feature film which was released in 1988. School Daze was a musical-drama and was written and directed by Spike Lee and was the movie that launched the careers of Laurence Fishburne (The Matrix), Giancarlo Esposito (Breaking Bad) and Tisha Campbell-Martin (Martin). The movie was based in part of Spike Lee's experiences at Atlanta's Morehouse College, Spelman College and Clark Atlanta University. The movie centers around the fraternity and sorority members classhing with other students during a HBCU homecoming weekend. The movie focuses on issues of racism within the African American culture. Read more: ‘He Got Game 2?: Spike Lee and Ray Allen Discuss a Possible Sequel 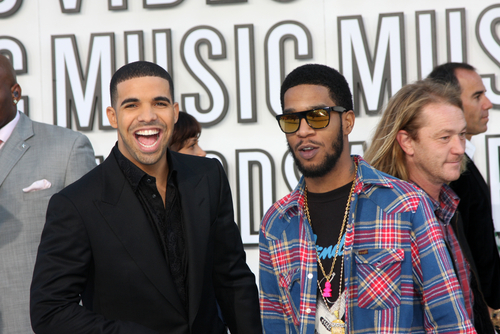 Helga Esteb / Shutterstock.com According to The Daily Beast, Spike Lee is in talks with Drake and Kevin Hart to star in the upcoming production.

An email dated April 4, 2014, from Bart Walker, Spike Lee’s agent at ICM, to Doug Belgrad, President of SPE Motion Picture Group, details the revised script for Lee’s School Daze Too, a planned sequel to Lee’s 1988 film. It’s allegedly being packaged as a starring vehicle for rapper Drake and Kevin Hart. “This is a new draft that Spike has written after meetings with Drake, who will play the lead s_bukley / Shutterstock.com role of PE*NIS, and Kevin Hart who will play DAT NIGGA JIGGA. [Emphasis ours. -Ed.] The budget is $ 9 million (net, after Georgia tax credits), not including historic costs, star salaries, creative producer fees,” the email read. “I believe in the film both as an entertainment — a college film —  and as a provocative and exciting piece about the conflict of traditional values (education, college) and hip hop/star/celebrity culture.  Why go to college to get a job to make money when you can make more money rapping, stripping, and creating salacious music videos even if they demean women?”

Read more: Spike Lee’s Upcoming Film ‘Old Boy’ is Casting New Actors The movie is currently in development with Sony Pictures. But, if deals are made, it is highly likely that School Daze Too will be making it's way to the Peach State. Discuss this story with fellow Project Casting fans on Facebook. On Twitter, follow us at @projectcasting.
Previous articleFlintstones Vitamins Commercial Casting Call in Chicago
Next articleSecond Half of Walking Dead Promises "Huge Changes"