HomeGeorgiaHere's The Mass Shooting You Did Not Hear About in Savannah, Georgia 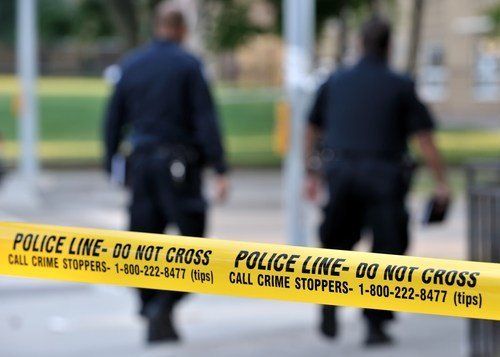 Multiple people were shot and killed in a mass shooting in Savannah, Georgia.

The San Bernadino mass shooting was not the only mass shooting on Wednesday. Four people were shot in Savannah, Georgia, early Wednesday morning, according to the Atlanta Journal Constitution.

Detectives believe at least two shooters were involved and have not yet publicly identified a motive in the shooting, according to the Savannah-Chatham Metropolitan Police Department.

The victims are three men and one woman. The woman, Brandy Council, died from her injuries. The other victims had non-life-threatening injuries. Washington Post points out that with so many mass shootings, multiple shootings by a lone gunman it barely makes headlines anymore unless dozens of people are shot and killed.

The local news media barely acknowledged the murder: One local television station covered it in three paragraphs. And the world spun on.

This happens when there are more than one mass shooting per day over the course of a year.

Prayers tonight for those effected by the 2 mass shootings today. Yes 2. ??? #Savannah aka THE OTHER shooting ? & #SanBernadino

Everyone does know they had another mass shooting in Savannah today too, right? — (re)becca ? (@bexology_) December 3, 2015

What do you think of the Savannah mass shooting? Share with us your thoughts in the comments below!
Previous article'Good Time' Starring Robert Pattinson Open Casting Call for Lead Roles
Next articleHere's the Disney Dating Website You Never Heard Of